What We Can Learn From ‘Whiplash’ the Short Film, and Damien Chazelle’s Fearless Journey to make an award winning full length feature movie !

WHIPLASH (2014) and the short that inspired the feature film have been edited together seamlessly in order to showcase the note-for-note similarities. When the editing is intersecting between both the short and feature versions of these scenes, it just adds to the intensity of these segments from this award winning movie ! J.K. Simmons won the Academy Award for Best Actor in a Supporting Role for this movie, and our TV show host – Margie Rey talked to him about his great acting performance in this movie, which will be coming up soon on a future news segment of ours (and in this story also), on the business side of making the best, award winning movies, docs, and TV series for that matter. This movie has gone on to win so many awards including 3 Academy Awards, a Golden Globe, a SAG, 3 BAFTA’s, a Critics’ Choice, and 2 Spirit Awards ! Photo Below of Oscar Winner J.K. Simmons :

Damien Chazelle was the Director, and also wrote the screenplay for this movie, but this movie almost was not made ! In this story you will learn how this movie was made, and how Damien obtained financing by using a Sizzle Reel–also known in some circles as demo reels, show reels, media highlight reels, public relations videos, video pitches, electronic press kit videos, promo videos, or teasers–are 3- to 5-minute videos that combine visuals, audio and messaging to create a fast-paced, stylized overview of a product, service, or in this case a great movie !

Despite that buzz around the movie at the time, Chazelle and his team couldn’t get to find financing to shoot the actual feature, so they decided to shoot a short film instead. In a similar fashion than what Justin Simien did with ‘Dear White People‘, Chazelle decided to keep riding the train instead of waiting for the big check that would let him shoot his feature.

Damien Chazelle found a way to showcase his vision when he selected a scene from his screenplay that could stand on its own, contained a journey of sort for Andrew Neiman (the main character), showcased the dark side of the Music world Chazelle wanted to portray, and most importantly, showed how he wanted to direct it, and he presented it as a Sizzle Reel.

The movie takes place essentially in one room, was shot in three days with a budget of $23,000 and ended up winning the Short Film Jury Award at Sundance Film Festival in 2013. This tactic of shooting a Sizzle Reel as a business card to get financing for a feature has been used many times in the past and it is a great way to show what you can do.  Chazelle was Capitalizing on the Sizzle Reel to Reach the Finish Line. The Sundance win led to Chazelle getting $3.3 million to shoot his Feature Film, which he did in 19 days in September 2013, a particularly impressive number when you watch the unusually high number of close-ups and camera movements present for an indie film.

Another impressive fact was that the team managed to finish shooting and editing the film in time to present it again at Sundance in 2014, winning Best Film, which then sent the film spinning into the awards festivals, until its three wins at the Oscars in January 2015.

I believe all this was also possible because Chazelle first shot his short film and probably learned a lot from it, including who he wanted to keep working with. This is an argument cinematographer Robbie Ryan gave to explain why he still accepts to work on short film; it’s the safest and fastest way to know if you can be creative and do your best work within a team. A $23,000 mistake is more easily contained than a $3.3 millions one. 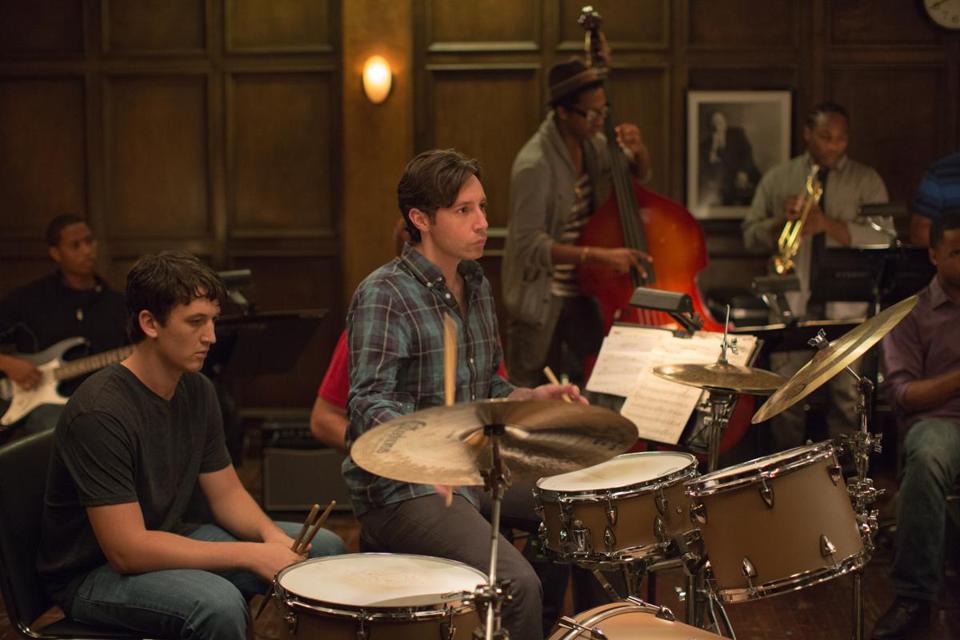 If you have seen both the feature film and the short, you have probably noticed that at first glance, the two scenes seem pretty similar. But when you start noticing all the changes, in writing, acting, lighting etc. and you add them up, you can see why this exact same scene is much more powerful in the feature film.

“I’d written Whiplash as a feature, and that’s what I wanted to do. But, as it turned out, the producers’ idea was a brilliant one. Not only did it arouse interest in the project that hadn’t existed before, it also allowed me to get my feet wet, to fine-tune what I really wanted this movie to be.” – Damien Chazelle

In this movie Andrew Neiman (Miles Teller) – below with Keleigh Sperry : 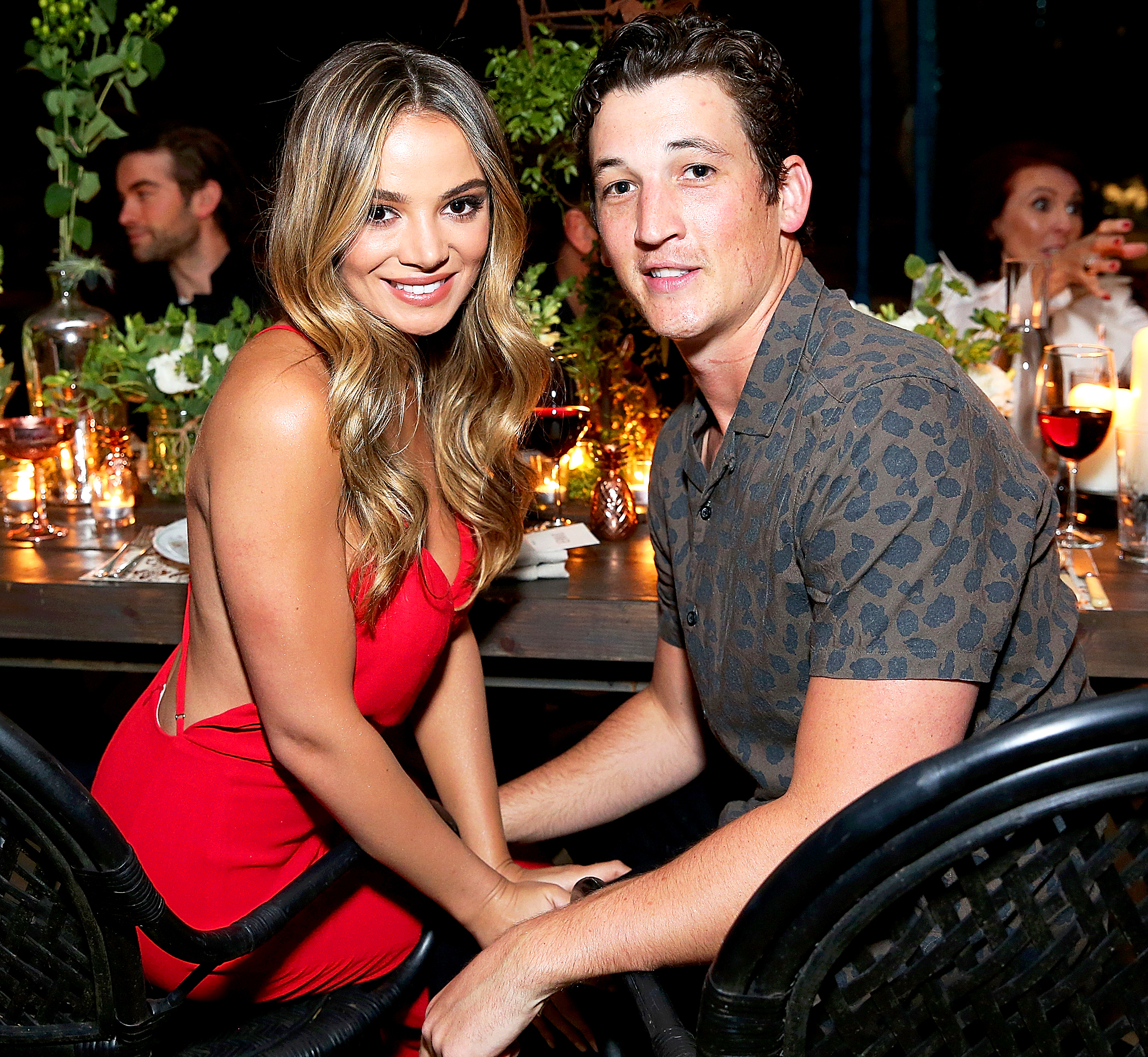 is an ambitious young jazz drummer, in pursuit of rising to the top of his elite music conservatory. Terence Fletcher (J.K. Simmons), an instructor known for his terrifying teaching methods, discovers Andrew and transfers the aspiring drummer into the top jazz ensemble, forever changing the young man’s life. But Andrew’s passion to achieve perfection quickly spirals into obsession, as his ruthless teacher pushes him to the brink of his ability and his sanity.

Ultimately, here is what I get out of Chazelle’s journey:  A no today doesn’t mean you should stop, only that you need to find another way. Finding a way to showcase your vision, and that people are receptive to your vision are essential factors to help get money. (It doesn’t have to be with an award winning short film, but it has to be with something.) If the train is going full speed, don’t leave it to wait for others to join. Chazelle and his team went full blast with Whiplash, and yet, the story still took 3 years to unfold. (And that’s without counting how much time he spent with the idea of Whiplash in his head.) So good for them, for being relentless, and may this inspire us all to keep going!