Home Entertainment Lady Gaga shows up for 2 surprise shows w/ pal & trumpeter...
Share on Facebook
Tweet on Twitter
Last night Lady Gaga surprises fans at Brian Newman’s club show at House of Blues in Boston over the weekend to perform with him after
she finished her stadium shows at Fenway Park
YOU’VE GOT A FRIEND IN GAGA
Singer and trumpeter Brian Newman who has been a long-time best friend of Lady Gaga since their start up days in the NYC downtown bar scene
surprised the crowd at his House of Blues shows in Boston when Mother Monster showed up both nights – after performing her own strenuous shows at Fenway park – to share the stage with her old friend.
Over both nights the two sang duets of “Little Coquette,” “Call Me Irresponsible,” “What A Difference A Day Makes,” “Just A Gigolo,” and “I Can’t Give You Anything But Love.”
Brian, who just signed to Verve Records and released his first single “Sunday in New York,”wraps up his club tour with two nights at Milkboy in Philadelphia on Sept 10/11.
Gaga performs in Philly those dates as well – will she show again? 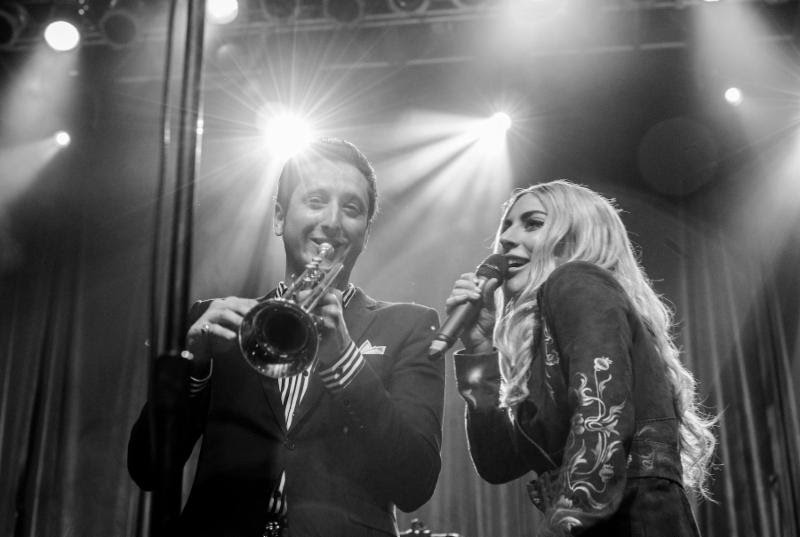