In part 3 of a 3 part series: This 1 minute video segment for this excellent tribute to Nirvana, lives up to the “experience“ as advertised! The NIRVANA EXPERIENCE is the Ultimate NIRVANA Tribute Band. Have you ever had the chance to see NIRVANA live? Now you can see a band that offers an impressively similar stage show, down to their replica equipment and Sound, bringing the pinnacle of grunge music to the Masses! An excellent tribute to #Nirvana , called #thenirvanaexperience  Below photo of The NIRVANA EXPERIENCE band as they arrive for their show on Friday night at Harrah’s Casino Resort SoCal , for an amazing concert! :

The NIRVANA EXPERIENCE offers over 38 songs of the music that made NIRVANA appeal to a generation. Including every song from Nevermind, as well as obscure tracks from Nirvana’s earlier days.

The Nirvana Experience was selected to be on AXS TV’s “The World’s Greatest Tribute bands,” season 3, in 2014. Not only was the show sold out at the world famous Whiskey a Go-Go, in Hollywood, Ca, but the show had more request for tickets than any other band in the shows 3 years on air! T.N.E. also played the largest weekend biker rally, the Lonestar Rally in Galveston, TX and performed at the JACK FM Throwback Festival, the nation’s biggest Tribute Festival in TX!

The Original “Nirvana” was an American rock band formed by singer and guitarist Kurt Cobain and bassist Krist Novoselic in Aberdeen, Washington, in 1987. Nirvana has come to be regarded as one of the most influential and important alternative bands in history, and their music maintains a popular following and continues to influence modern rock and roll culture.

Nirvana’s active career ended following the death of Cobain in 1994, but various posthumous releases have been issued since, overseen by Novoselic, Grohl, and Cobain’s widow Courtney Love. Since its debut, the band has sold over 25 million records in the United States alone, and over 75 million records worldwide, making them one of the best-selling bands of all time. Nirvana was inducted into the Rock and Roll Hall of Fame in 2014, in its first year of eligibility. 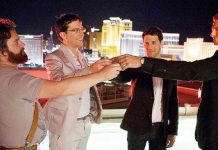 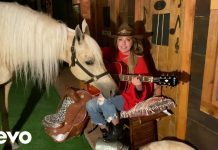 Lift your spirits during the Coronavirus with Shania Twain: Honey I’m Home/Man! I Feel Like A Woman! 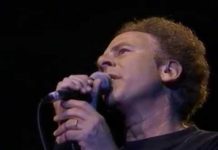 Music to lift your spirits during the Coronavirus from Simon & Garfunkel 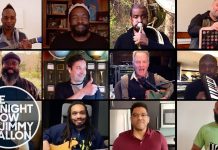