100 year old Sidney Walton- WWII Vet honored at The Hollywood Police Station by 75 Police Officers, with a star on the Hollywood Walk of Fame!

Sidney has been honored in 24 states by Governors and Senators, in the oval room of the White House by the President, and in the recent Normandy, France Celebration Ceremony for World War 2 Vets, with Heads of State and World leaders and Vets from around the world !

& A very special thanks for the code 2 police escort they gave us throughout the streets of Hollywood!
Then we went with a code 2 police escort to the:
“IT 2” Horror Movie Premiere Carnival and Fun House on Hollywood Blvd. and Vine- with my good friend of 30 years: Paul Walton and his 100 year old WWII Veteran father: Sidney Walton-who just was given a star on the Hollywood Walk of Fame at The Hollywood Police Station at a special presentation with 75 police officers!

The new Stephen King Horror Movie “IT 2” is a must see thriller! & You get a taste of it at their Carnival and Fun House on Hollywood Blvd. and Vine- now open for the next 2 weeks- some nights they are open till as late as 11PM.

We had just ate at Katsuya Restaurant across the street from the IT carnival !
You can see the walk of fame star plaque that I am holding in the photo, along with the Stephen King Book for the movie. Paul is wearing one of the hats they gave us from the movie: 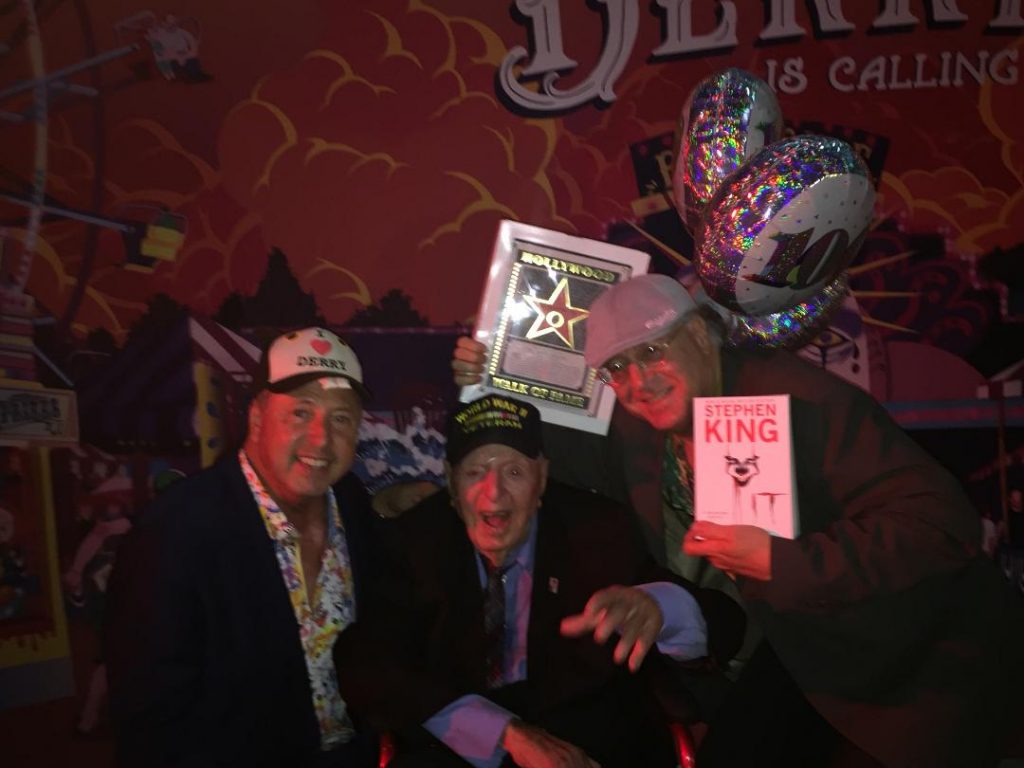 The carnival and fun house is great with a private one on one interaction maze with the IT clown and other monsters. It takes about 40 minutes to see the Fun House and play games in the carnival! (After you are done waiting on this long line going down Hollywood blvd.)
They will have this going for about 2 more weeks and is great to take your kids if if they are not afraid of scary monsters fog, and loud noises.
It’s up to a 5 hour wait- unless you have a WWII hero with you that just was awarded a star on the walk of fame and was given a code 2 police escort through Hollywood!
They took us right in with a private tour guide!

We thank you for your support for this 100 year old WWII hero ! Your donations help to pay his cost across the world! 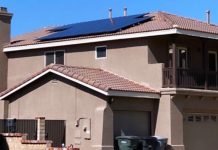