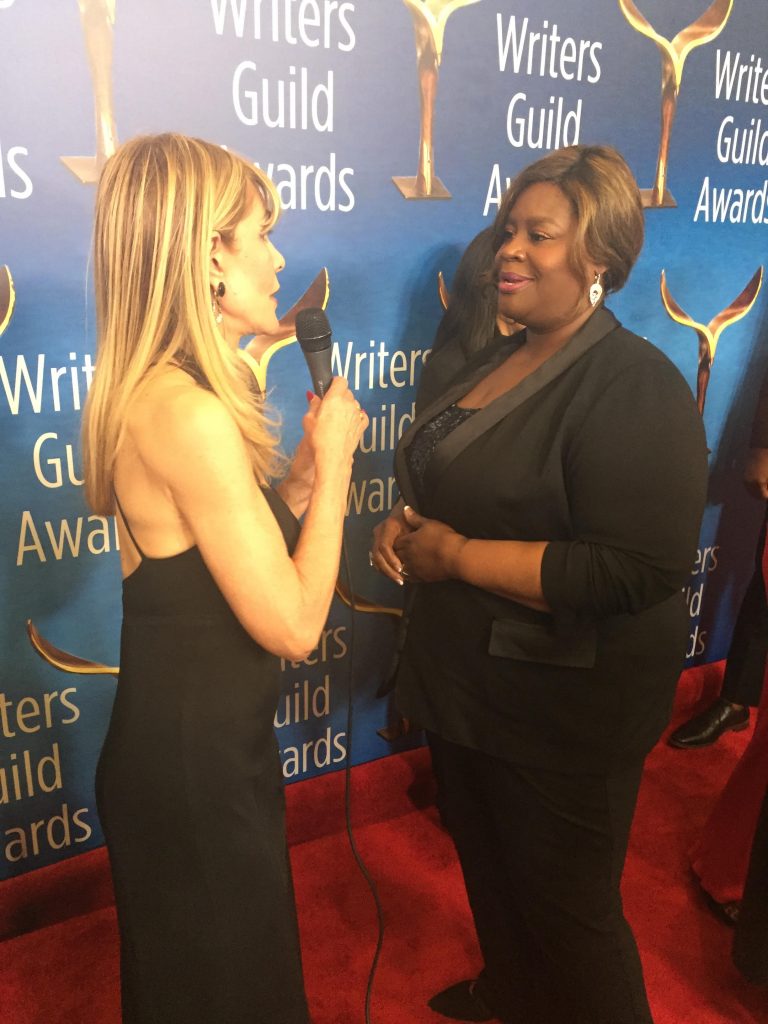 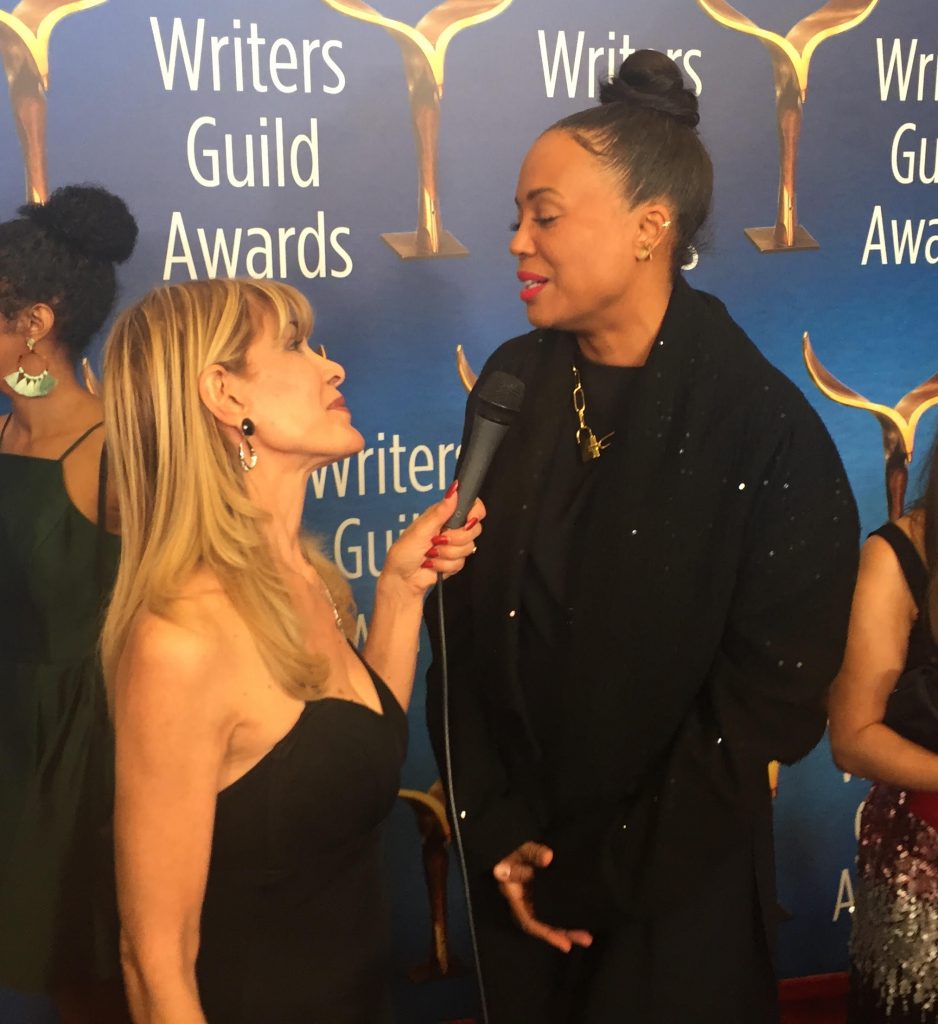 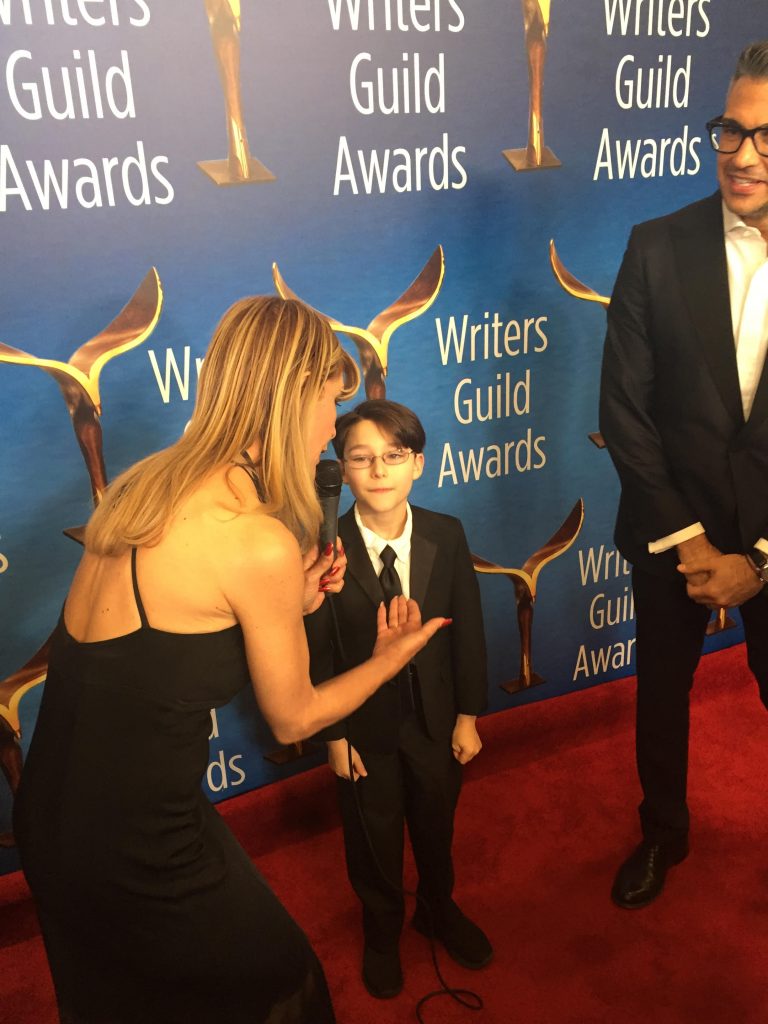 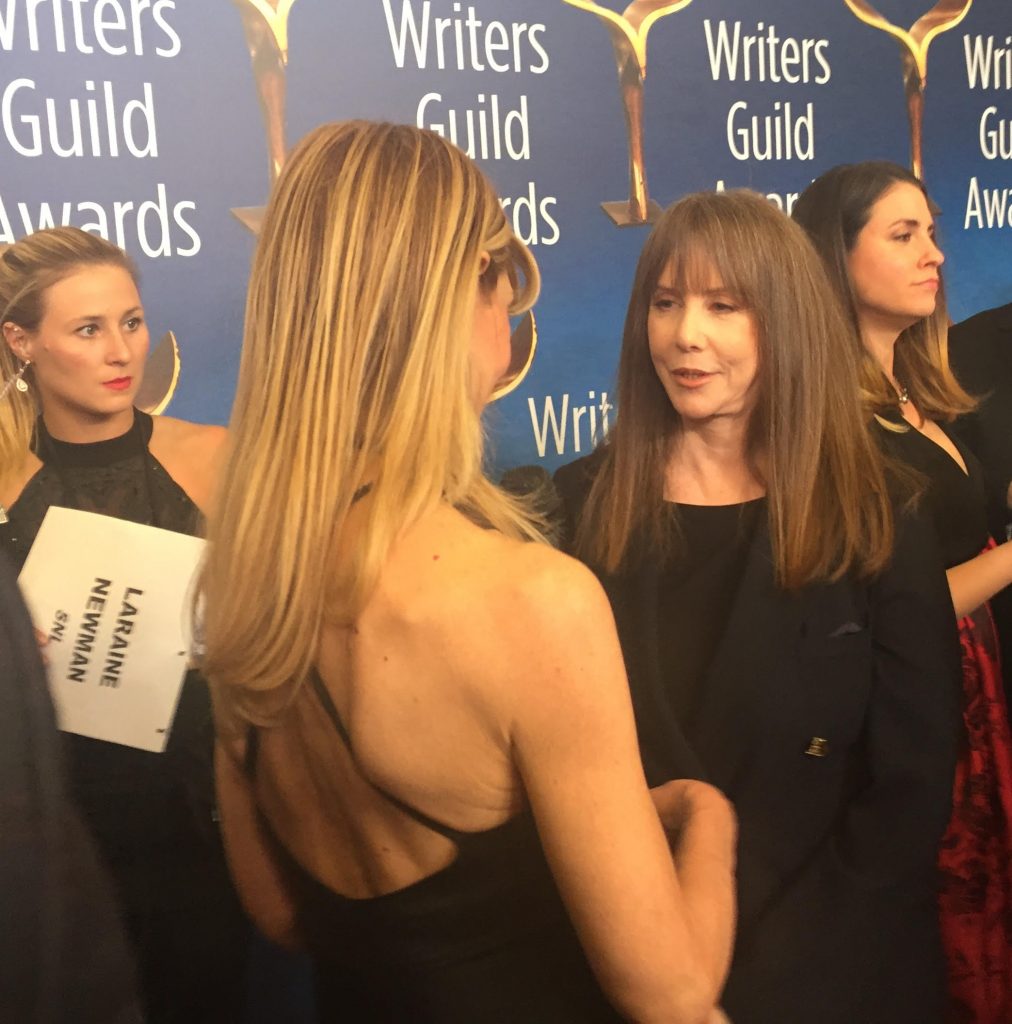 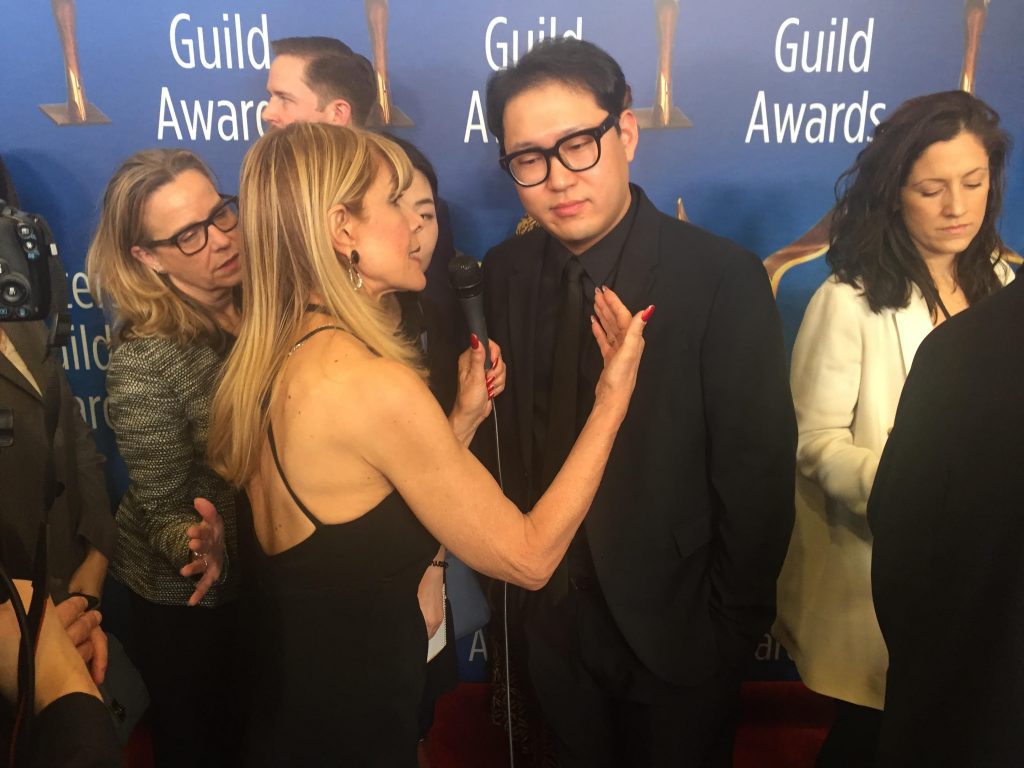 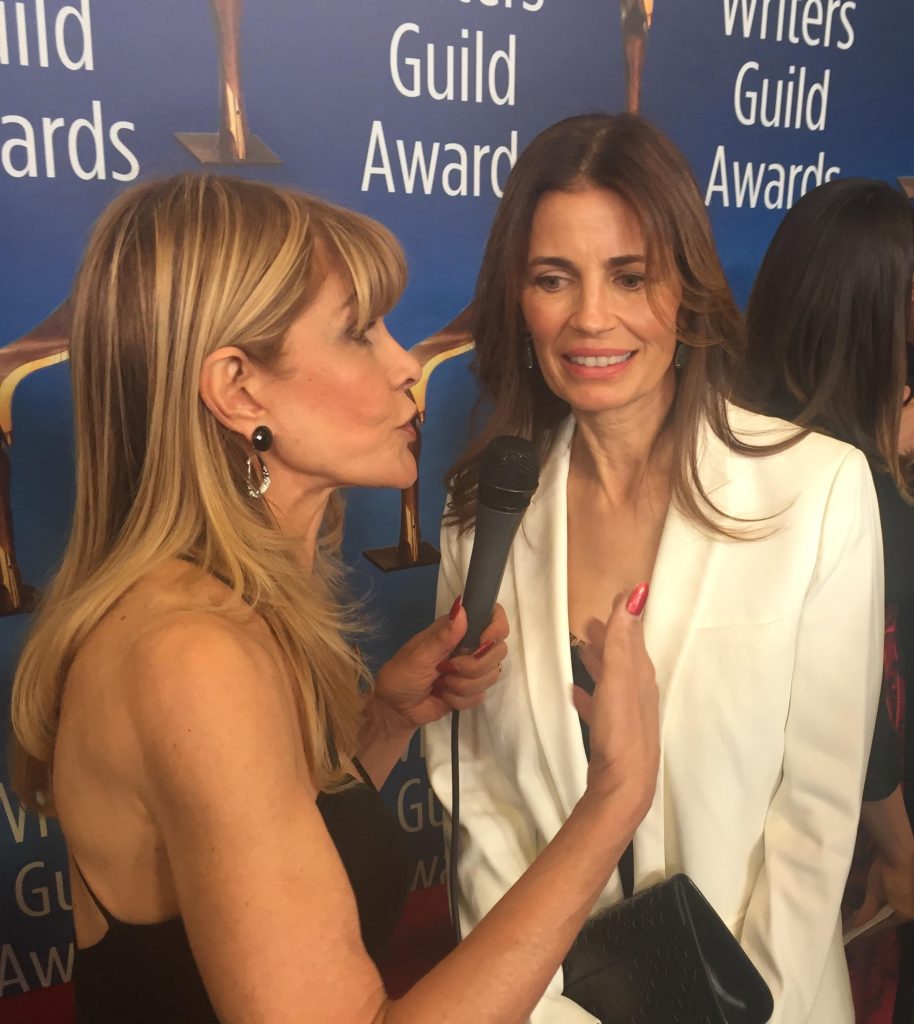 Below photo of the lovely and talented TV Show Host for Entertainment Today TV: Margie Rey on the red carpet as she get’s ready to interview the stars: 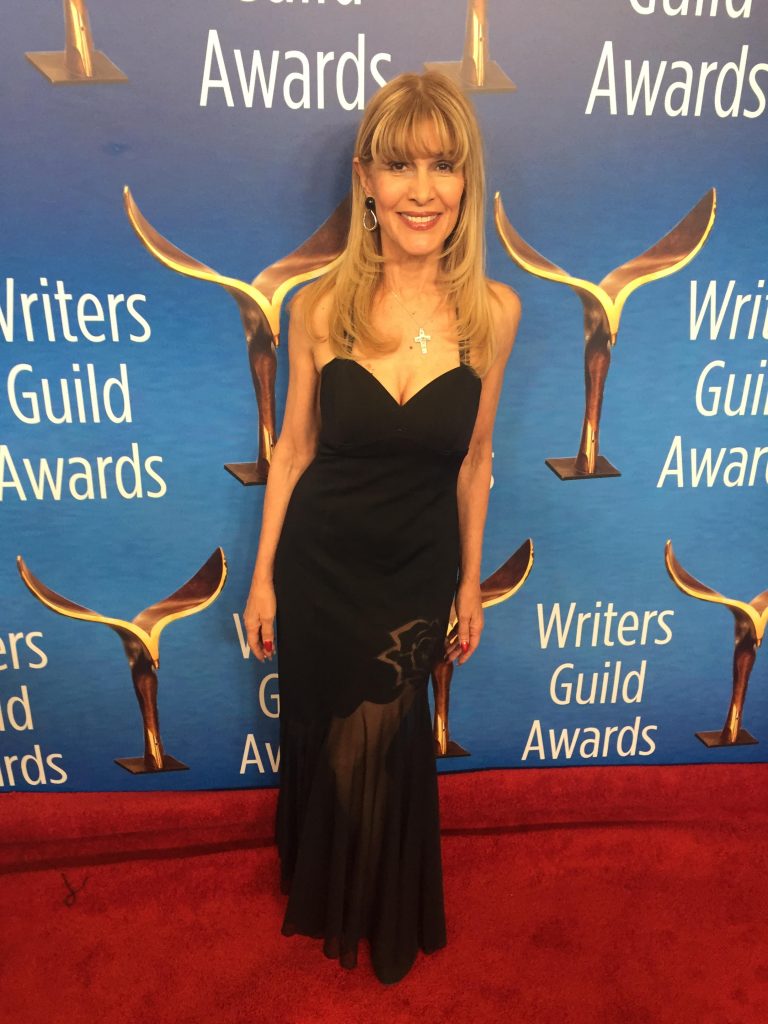 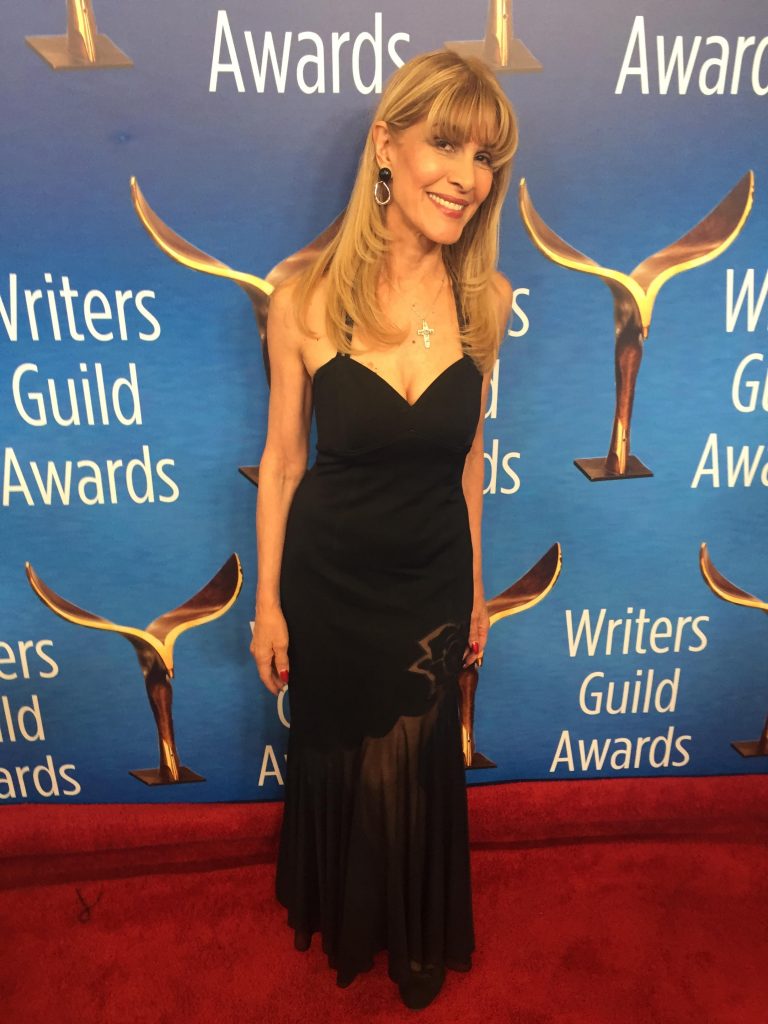 The WGAE presented three honorary awards at the New York ceremony. Richard Price, the Academy Award-nominated writer of The Color of Money, the co-creator of The Night Of, and a writer for The Wire and The Deuce, was presented with the Ian McLellan Hunter Award for Career Achievement by Tony Gilroy (Michael Clayton; The Bourne Identity). Writer and actress Paula Pell, who has won five Writers Guild Awards and received another nine nominations for her work at Saturday Night Live, in addition to writing credits for 30 Rock, A.P. Bio and the feature film Sisters, was presented with the Herb Sargent Award for Comedy Excellence and Mentorship by Amy Poehler, who recently directed Pell in Wine Country. Writer, WGAE Council member and co-chair of the WGAE Committee for Inclusion and Equity Lisa Takeuchi Cullen (Law & Order: Special Victims Unit) was presented the Richard B. Jablow Award for Devoted Service to the Guild by last year’s recipient, Randall Jansta.

The Inventor: Out for Blood in Silicon Valley, Written by Alex Gibney; HBO Documentary Films