Home Business & Technology 2021 Nightclub & Bar Show with Jenny McCarthy, Sammy Hagar, & Rick...
Share on Facebook
Tweet on Twitter
2021 Nightclub and Bar Show was amazing, they will be rebranding this show with a new name:
On the heels of its highly successful return to Las Vegas, the Nightclub & Bar Show announced that the annual convention will evolve to become the Bar & Restaurant Expo! Imagine interactive booths and improved customer engagement, product experiences with real-time operator feedback, and an overall immersive environment for the bar & restaurant industry.
This event drew some major celebrities like: Jenny McCarthy, Sammy Hagar, & Rick Springfield!
Samuel Roy Hagar, also known as The Red Rocker, is an American singer-songwriter, musician, and entrepreneur. Hagar came to prominence in the 1970s with the hard rock band Montrose. He then launched a successful solo career, scoring an enduring hit in 1984 with “I Can’t Drive 55”. He enjoyed commercial success when he replaced David Lee Roth as the lead singer of Van Halen in 1985, but left in 1996. He returned to the band for a two-year reunion from 2003 to 2005. On March 12, 2007, Hagar was inducted into the Rock and Roll Hall of Fame as a member of Van Halen. His musical style primarily consists of hard rock, heavy metal, and glam metal. On right below: 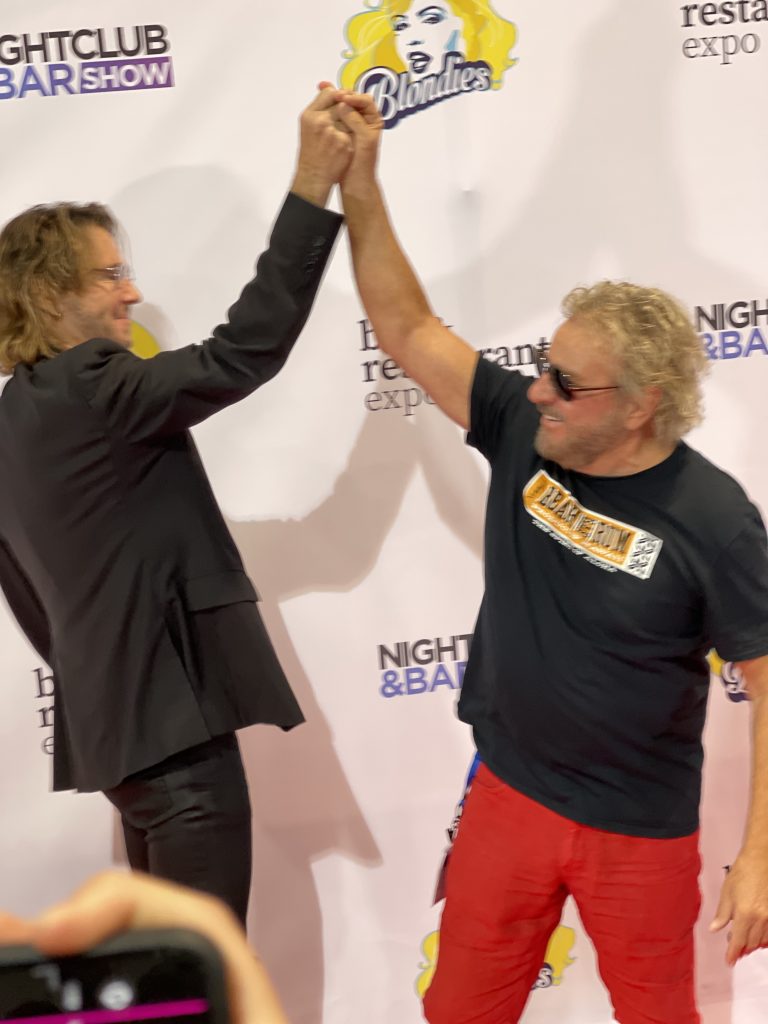 Richard Lewis Springthorpe, (On left above) known professionally as Rick Springfield, is an Australian-American musician and actor. He was a member of the pop rock group Zoot from 1969 to 1971, then started his solo career with his debut single “Speak to the Sky” reaching the top 10 in Australia in mid-1972, when he moved to the United States. He had a No. 1 hit with “Jessie’s Girl” in 1981 in both Australia and the U.S., for which he received the Grammy Award for Best Male Rock Vocal Performance. He followed with four more top 10 U.S. hits: “I’ve Done Everything for You”, “Don’t Talk to Strangers”, “Affair of the Heart”, and “Love Somebody”. Springfield’s two U.S. top 10 albums are Working Class Dog and Success Hasn’t Spoiled Me Yet.
Sammy Hagar brought Rick Springfield into his Beach Bar Rum business as a partner. But as one would expect, when the two musicians got together to work on the rum business a musical friendship quickly blossomed.
This is major news and will expand the show greatly, we had about 5k people at the show, what so exciting was the openness of the people and the sampling of the food and booze, I was very impressed with the level of vendors, that displayed. From Tequila to Payment processing, the technology was equally impressive, so many cloud services, it reminded me of CES, this sector has evolved, to be super high tech. The short is, this was a great show this year and will be even bigger next year, with the new branding.
Story by Entertainment Today’s Business & Technology Reporter: Todd Shoemack, live from Las Vegas. Below Todd is on the right with: Rick Springfield: 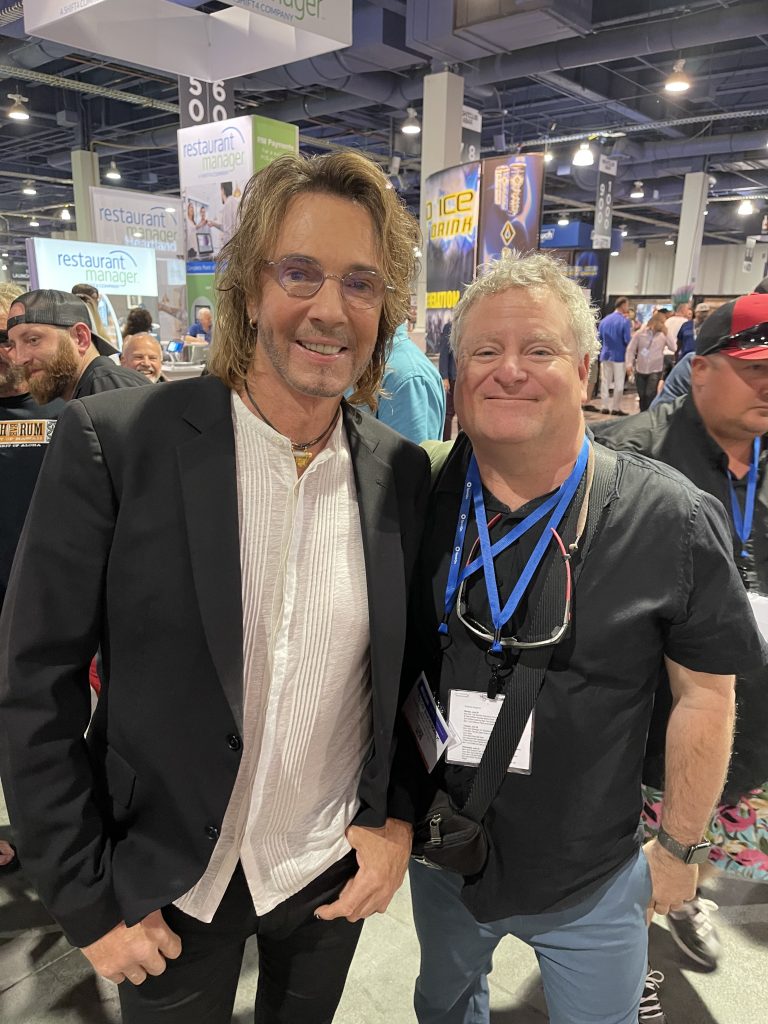 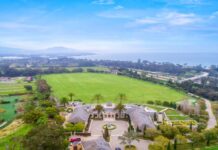 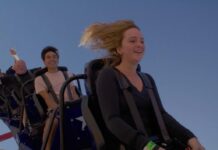 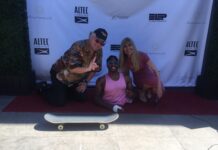