Latter that same night: We were Live on CBS news at The Grammys Music Cares Gala– where Alice Cooper gave another interview where he talked about many of the same things, performing with Johnny Depp(below), and the upcoming performance with Aerosmith– that he had told Margie – first – in her interview with the rock legend: 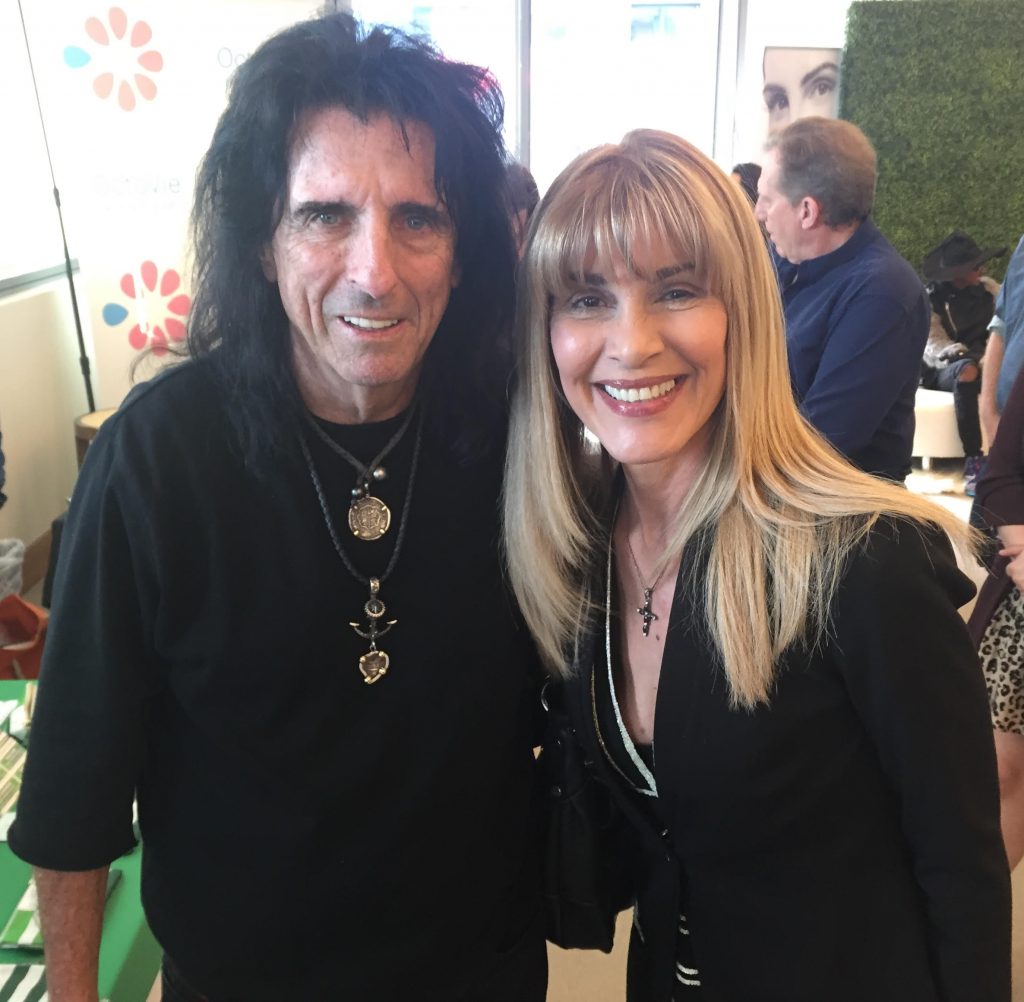 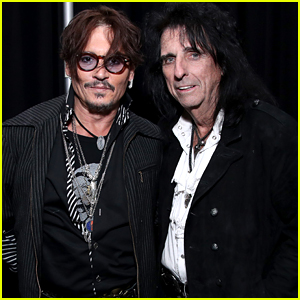 Johnny Depp and Alice Cooper pose backstage ahead of their performance at the 2020 MusiCares Person of the Year event held at Los Angeles Convention Center on Friday night (January 24) in Los Angeles.

Aerosmith is being recognized as the 2020 MusiCares Person of the Year in recognition of their considerable philanthropic efforts over five decades and undeniable impact on American music history. 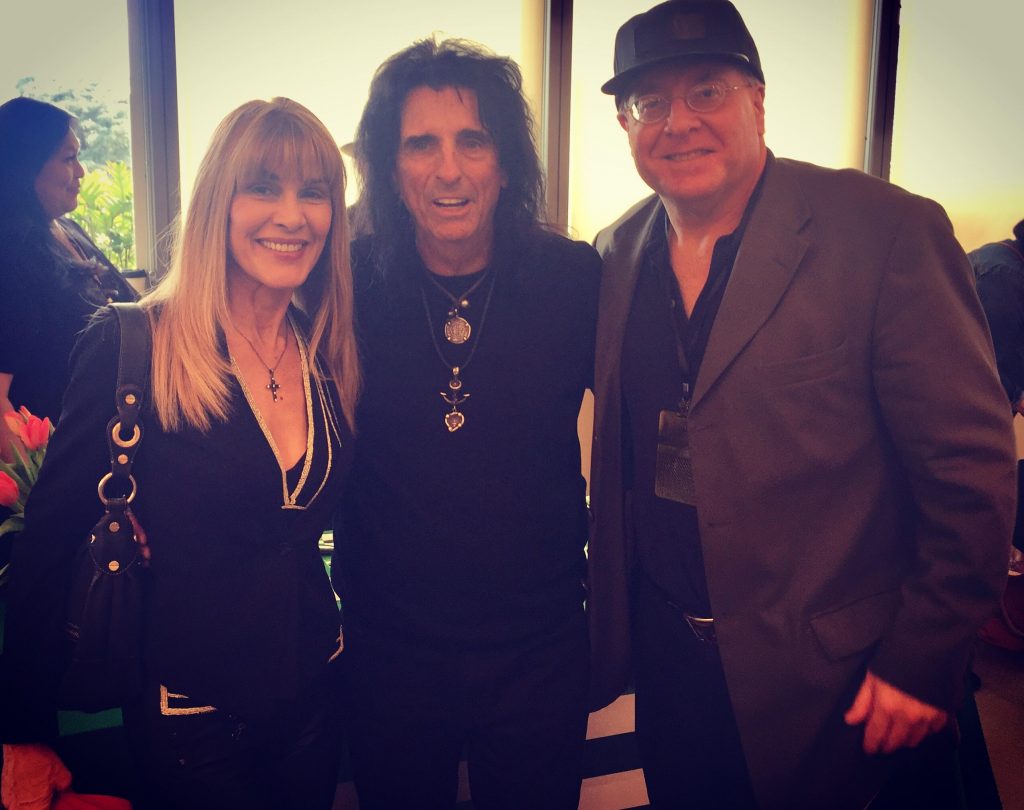 Alice Cooper is an American singer, songwriter, and actor whose career spans over 50 years. With his distinctive raspy voice and a stage show that features numerous props, including guillotines, electric chairs, fake blood, reptiles, baby dolls, and dueling swords, Cooper is considered by music journalists and peers alike to be “The Godfather of Shock Rock”. He has drawn equally from horror films, vaudeville, and garage rock to pioneer a macabre and theatrical brand of rock designed to shock people. #AliceCooper #CBSNews #Grammys #Coolio @alicecooper @coolio @theGrammys @johnnydeppofficial #JohnnyDepp

Then within about 2 hours, in another exclusive interview Margie was able to get a great in-depth interview with American rapper, actor, chef, writer, and record producer: Coolio ! Grammy Winner: Artis Leon Ivey Jr., known by his stage name Coolio, achieved mainstream success in the mid-to-late 1990s with his albums It Takes a Thief, Gangsta’s Paradise, and My Soul. He is best known for his 1995 Grammy Award-winning hit single “Gangsta’s Paradise”, as well as other singles “Fantastic Voyage”, “1, 2, 3, 4” and “C U When U Get There”. In below photo Margie goes up close and personal with Rapper Coolio: 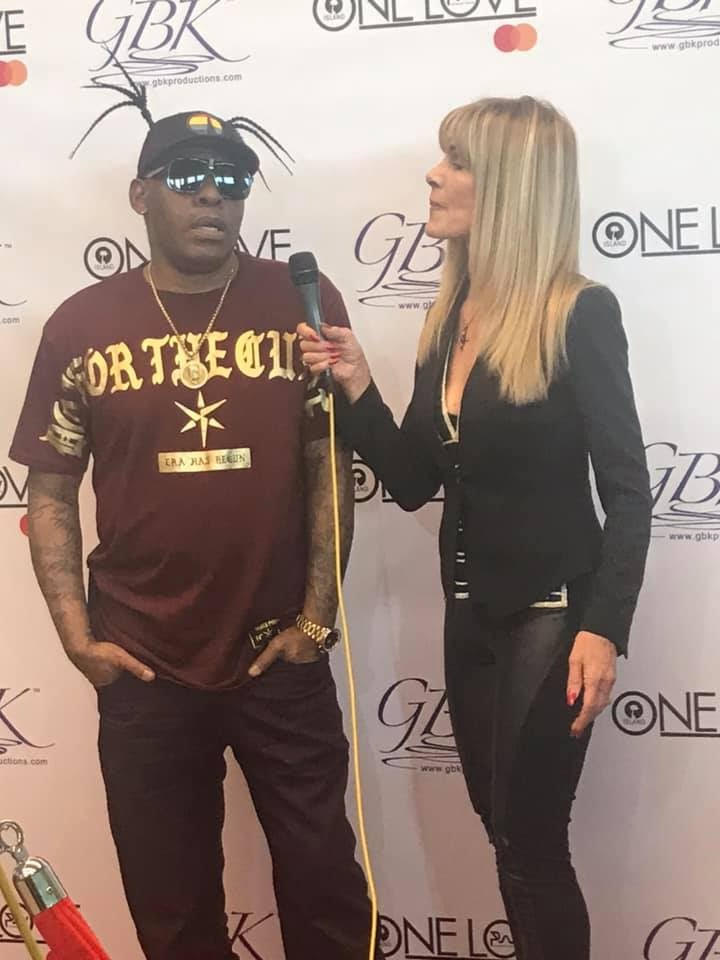 Music’s Biggest Stars Celebrated Grammy Weekend with Two Days of Exclusive Gifting & Partying at the One Love Luxury Lounge Presented by Mastercard – Produced by GBK Productions and Primary Wave, at the beautiful and fashionable One Love Hotel on Sunset Blvd. in West Hollywood.

The biggest names in music came out to celebrate the 2020 Grammy Awards this weekend at the world’s premiere celebrity gifting lounge, GBK Productions’ Annual Pre-Grammy Luxury Lounge.  At this year’s lounge, titled the One Love Luxury Lounge Presented by Mastercard and Produced by GBK Productions and Primary Wave, past winners, nominees and other celebrities mingled with their peers and picked up some of this year’s hottest items and trips.