Watch this amazing 4 minute video of a Live All-Star Music Concert Tribute to Led Zeppelin by “Get the Led Out” with Nikki Sixx of Mötley Crüe,  and Brad Whitford of Aerosmith at Harrah’s Casino Resort SoCal.

From the bombastic and epic, to the folky and mystical, Get The Led Out (GTLO) have captured the essence of the recorded music of Led Zeppelin and brought it to the concert stage. The Philadelphia-based group consists of six veteran musicians intent on delivering Led Zeppelin live, like you’ve never heard before. Utilizing the multi-instrumentalists at their disposal, GTLO re-create the songs in all their depth and glory with the studio overdubs that Zeppelin themselves never performed. When you hear three guitars on the album…GTLO delivers three guitarists on stage. No wigs or fake English accents, GTLO brings what the audience wants…a high energy Zeppelin concert with an honest, heart-thumping intensity.

Get The Led Out offers a strong focus on the early years. They also touch on the deeper cuts that were seldom, if ever heard in concert. GTLO also include a special “acoustic set” with Zep favorites such as “Tangerine” and the “Battle of Evermore” being performed in its’ original instrumentation with guest singer Diana DeSantis joining the band.

GTLO’s mission is to bring the studio recordings of Led Zeppelin to life in concert. In the studio, Led Zeppelin layered many guitars, vocals, keyboards, and various other instruments in a process known as “overdubbing.” Quite simply, it’s physically impossible for only 4 people to recreate those amazing recordings in a live performance. Zeppelin themselves never attempted replicating their recorded work in concert, as it would have required hiring additional musicians, and they just weren’t about that. Get The Led Out however, is ALL about that!

With an “all hands on deck” approach, GTLO in some cases will call upon members of their crew, management team, and of course the lovely Diana DeSantis in an effort to bring you the songs of Led Zeppelin just the way you remember them!

Nikki Sixx is an American musician, songwriter, radio host, and photographer, best known as the co-founder, bassist, and primary songwriter of the band Mötley Crüe. Nikki used to be married to “Baywatch” TV star: Donna D’Errico from 1996 to 2007, and is now married to Courtney Sixx.

Bradley Ernest Whitford (born February 23, 1952) is an American musician (Not the well known Actor by the same name- who has been interviewed on our show many times)   who is best known for serving as the rhythm and co-lead guitarist for the hard rock band Aerosmith. He has also worked as a songwriter for the group, co-composing well-received tracks such as 1976’s “Last Child”.

Get The Led Out is a group of professional musicians who are passionate about their love of the music of Led Zeppelin. It’s been their mission to bring the studio recordings of “the mighty Zep” to life on the big concert stage. This is not an impersonator act but rather a group of musicians who were fans first, striving to do justice to one of the greatest bands in rock history!

For more info and tickets to upcoming concerts go to: https://www.gtlorocks.com, or call our main office : 213-388-9162 , so that we can assign the right person to help you out. For further information please contact: Entertainment Today – E-Mail: info@entertainmentandsportstoday.com 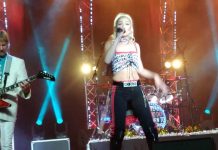 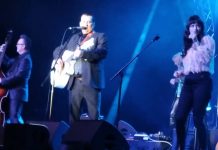