Live in concert from Harrah’s Resort SOCAL , the intro and opening song of : Damian “Jr. Gong” Marley, the son of Bob Marley.  It’s a powerful reggae concert with Harrah’s Events Center Audience up on their feet- singing along with the Reggae Music Icon. His album “Stony Hill” is in stores now :

Damian Robert Nesta “Jr. Gong” Marley (born 21 July 1978) is a Jamaican reggae artist. Damian is the youngest son of reggae legend Bob Marley. Damian was 2 years old when his father died; he is the only child born to Marley and Cindy Breakspeare, Miss World 1976. Damian’s nickname Junior Gong is derived from his father’s nickname of Tuff Gong.Damian has been performing since the age of 13. 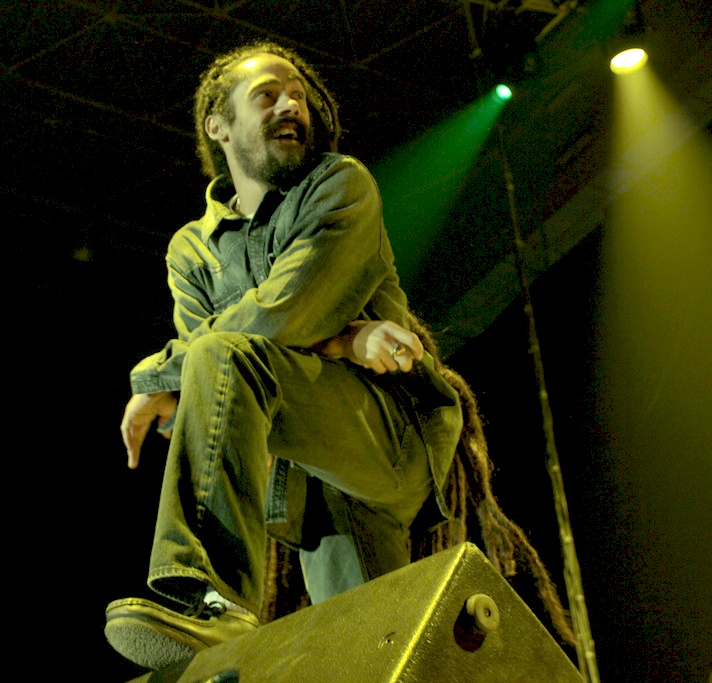