Home Film Festivals Okja will have its world premiere at the 70th Cannes Film Festival
Share on Facebook
Tweet on Twitter
View above the official trailer for the upcoming film Okja,
which includes the first full look at the massive animal at the heart of
Director Bong Joon Ho’s latest film.
Director Bong, a visionary director and one of the world’s greatest storytellers, has assembled an esteemed international ensemble cast that includes Tilda Swinton, Paul Dano, Byun Heebong, Steven Yeun,  Lily Collins, Giancarlo Esposito, Jake Gyllenhaal and introducing An Seo Hyun as “Mija” . 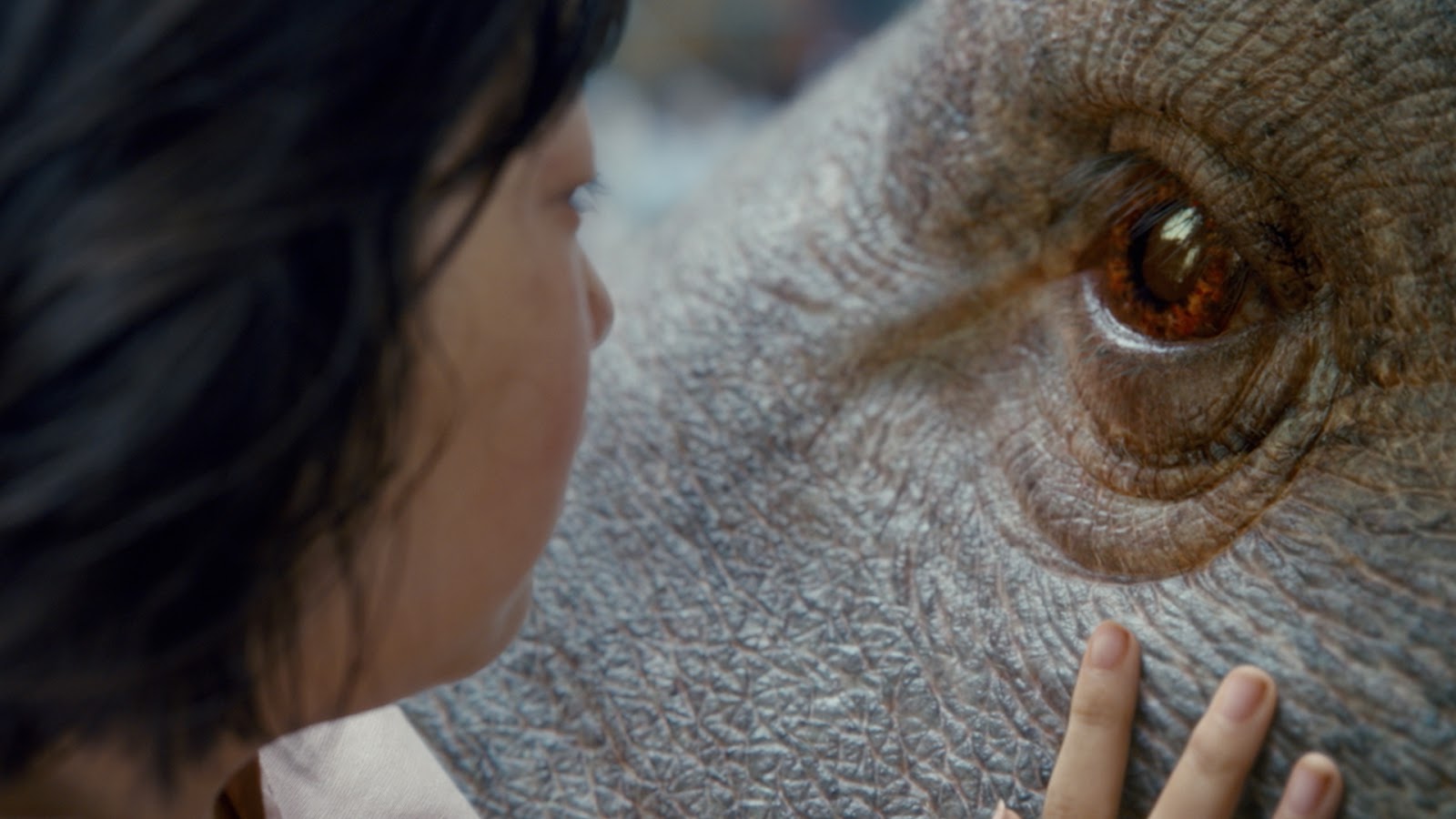 For 10 idyllic years, young Mija (An Seo Hyun) has been caretaker and constant companion to Okja – a massive animal and an even bigger friend – at her home in the mountains of South Korea. But that changes when a family-owned multinational conglomerate Mirando Corporation takes Okja for themselves and transports her to New York, where image obsessed and self-promoting CEO Lucy Mirando (Tilda Swinton) has big plans for Mija’s dearest friend.
With no particular plan but single-minded in intent, Mija sets out on a rescue mission, but her already daunting journey quickly becomes more complicated when she crosses paths with disparate groups of capitalists, demonstrators and consumers, each battling to control the fate of Okja…while all Mija wants to do is bring her friend home.
Deftly blending genres, humor, poignancy and drama, Bong Joon Ho (Snowpiercer, The Host) begins with the gentlest of premises-the bond between man and animal-and ultimately creates a distinct and layered vision of the world that addresses the animal inside us all.
Okja is a Plan B Entertainment, Lewis Pictures and Kate Street Picture Company production in association with Netflix.
_______________________________________________________________
Okja will premiere exclusively on Netflix on June 28. netflix.com/okja
Follow @netflix and @OKJAnetflix for more #Okja updates. And follow @LucyMirando for more information on the Mirando Corporation.