Top Athletes (including 2x ESPY Winner Katelyn Ohashi and ESPY Winning Players from the St. Louis Blues), and few Special Guests received this Year’s Hottest Items and Enjoyed a Celebration on the Eve of one of the Biggest Nights in Sports!

The Annual Pre-ESPY Awards Celebrity Gift Lounge had legends in the sports world that mingled with some of the newest rising, and established, talent in the world of the NHL, NBA, NFL, UFC, WWE, Pro Golf, Olympics and more.

A few of the stars of HBO’s series Ballers stopped by including London Brown, Carl McDowell and Kris D. Lofton, as was Corey Calliet star of E!’s hit series Revenge Body, Barton Fitzpatrick star of Showtime’s The Chi among other celeb attendees.

Diving legend, and multiple Olympic Gold Medal winner, Greg Louganis enjoyed the lounge with 1 More Headphones Sales Manager Joe Thrasher, as did the Host of our TV show: Margie Rey in the photo Below that – (Photo by Jerry Digby): 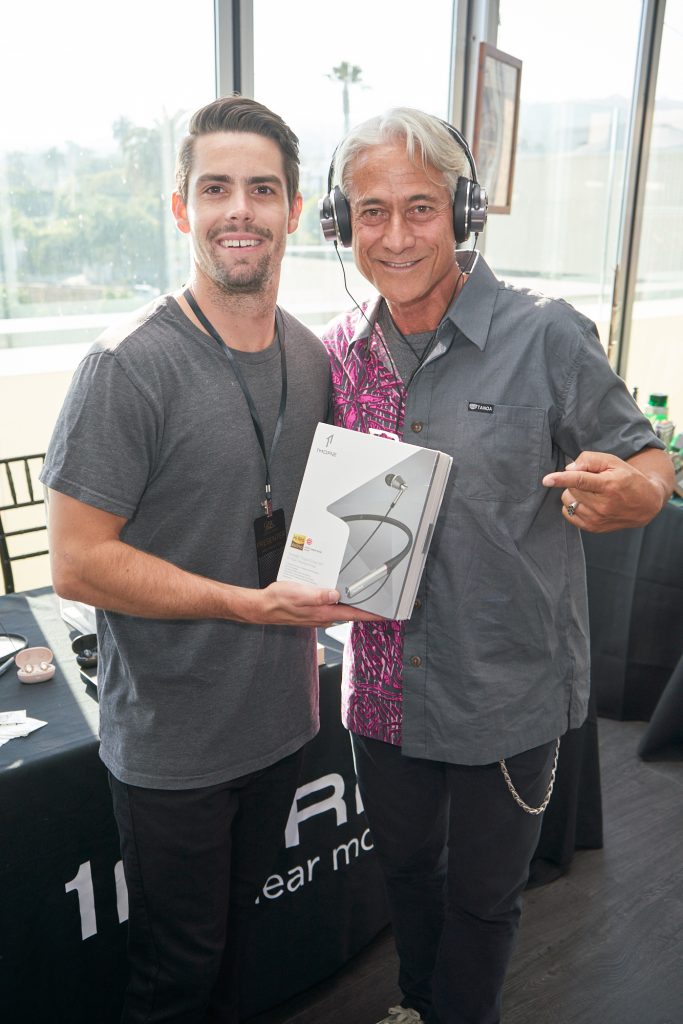 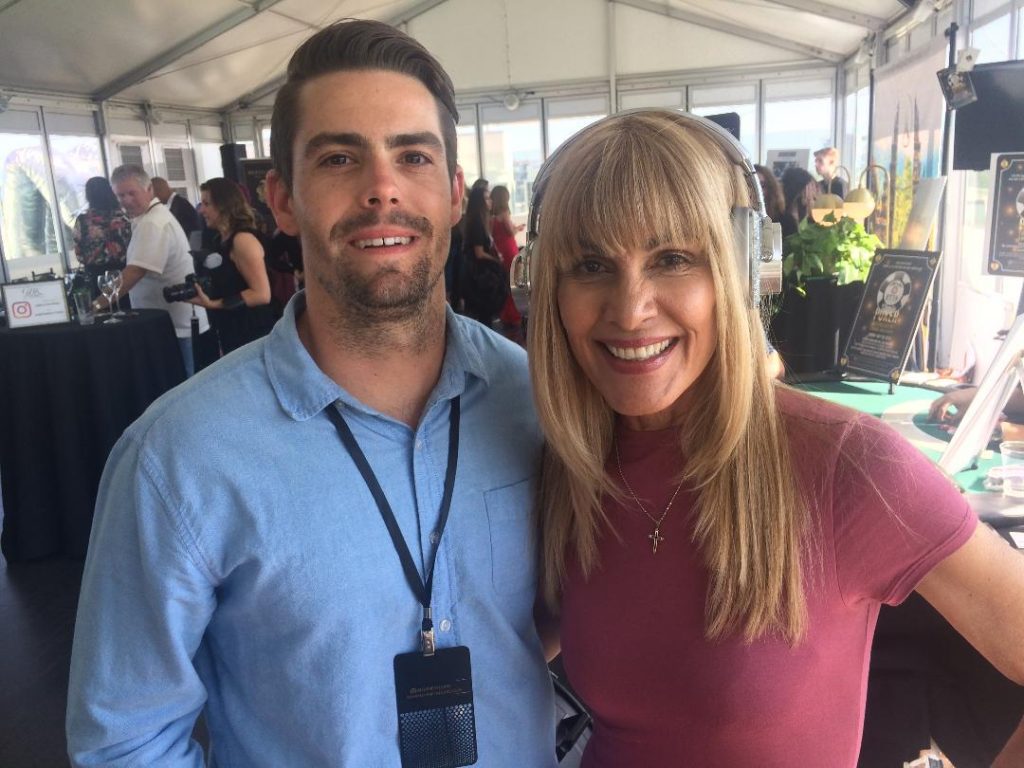 The celebrities and sports stars who attended this week’s GBK Pre-ESPY Awards event were treated to gifts by IFGfit, designs stylish self-correcting posture activewear with invisible Anti-Slouch technology that instantly and continuously restores posture through proprioception, improves diaphragm breathing and accelerates recovery. Below photo of Margie with the COO : Seiji Liu : 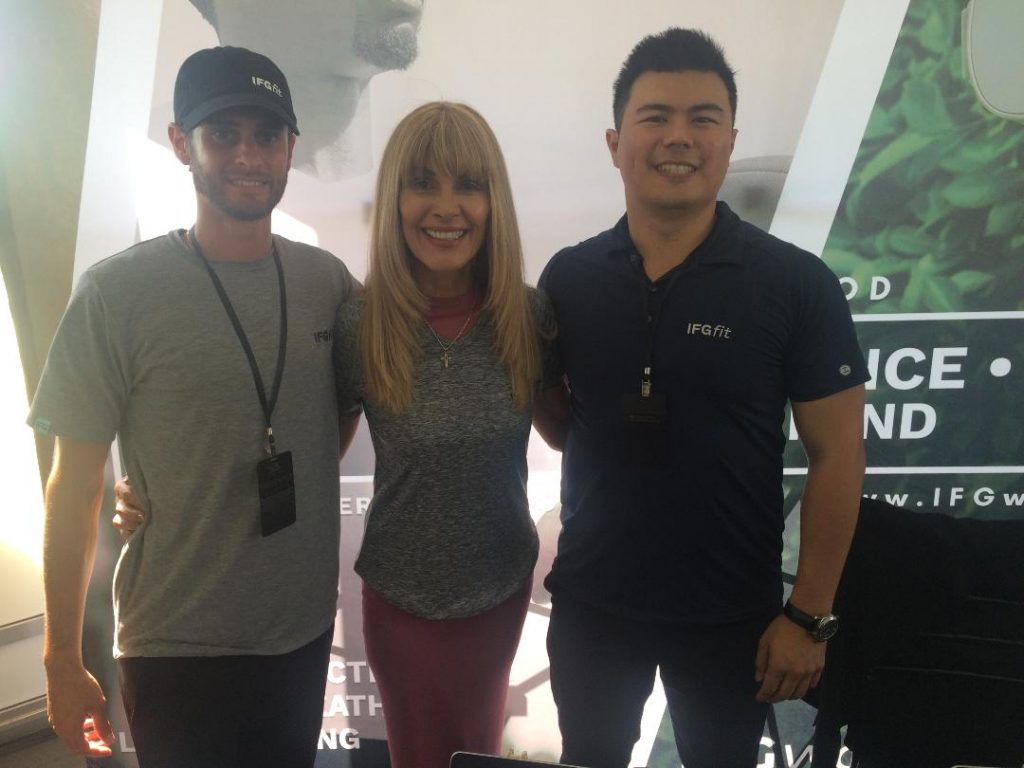 Other amazing gifts being presented include GELSTX which is a custom built GELSTX GOLF Weighted training aid that is custom designed to each individual, as well their athleisure and performance line of hats and hoodies. Below photo of Margie with the VP. -Jon Lounsbury, and below that Stanley Cup & ESPY winners Jordan Binnington & Robby Fabbri of the St. Louis Blues, who also paid a visit to the GELSTX booth as Jon showed them a great new Hockey stick to train Hockey players, that is very similar to the weighted donut that is put on baseball bats to make the bat heavier in practice and when warming up : 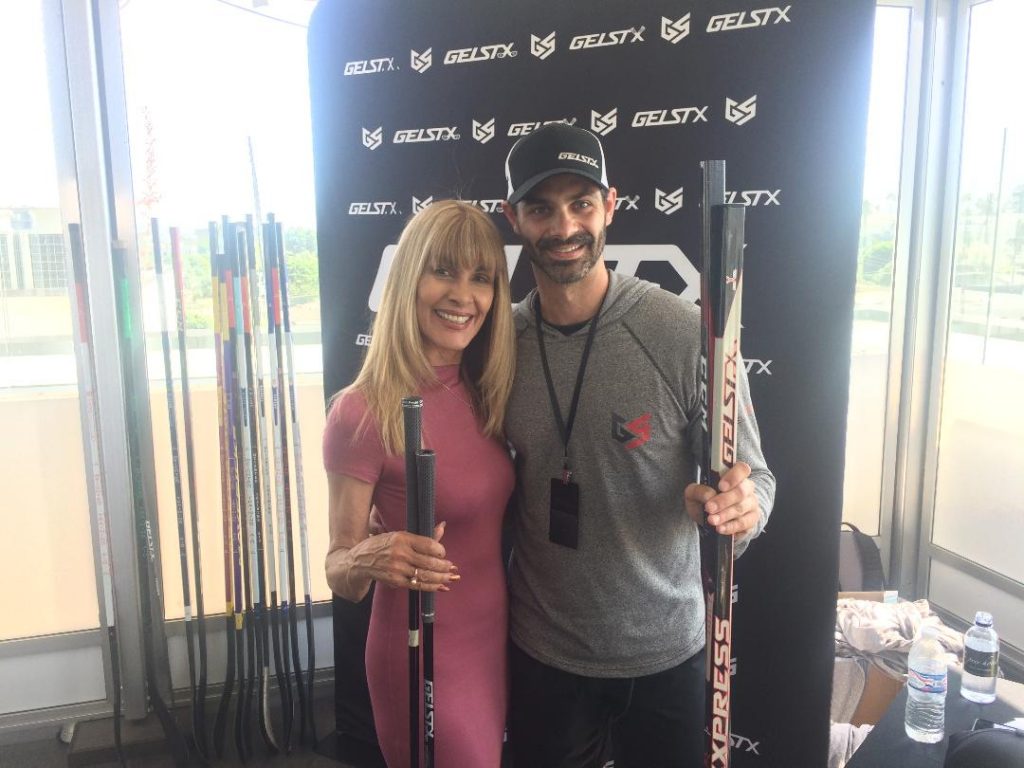 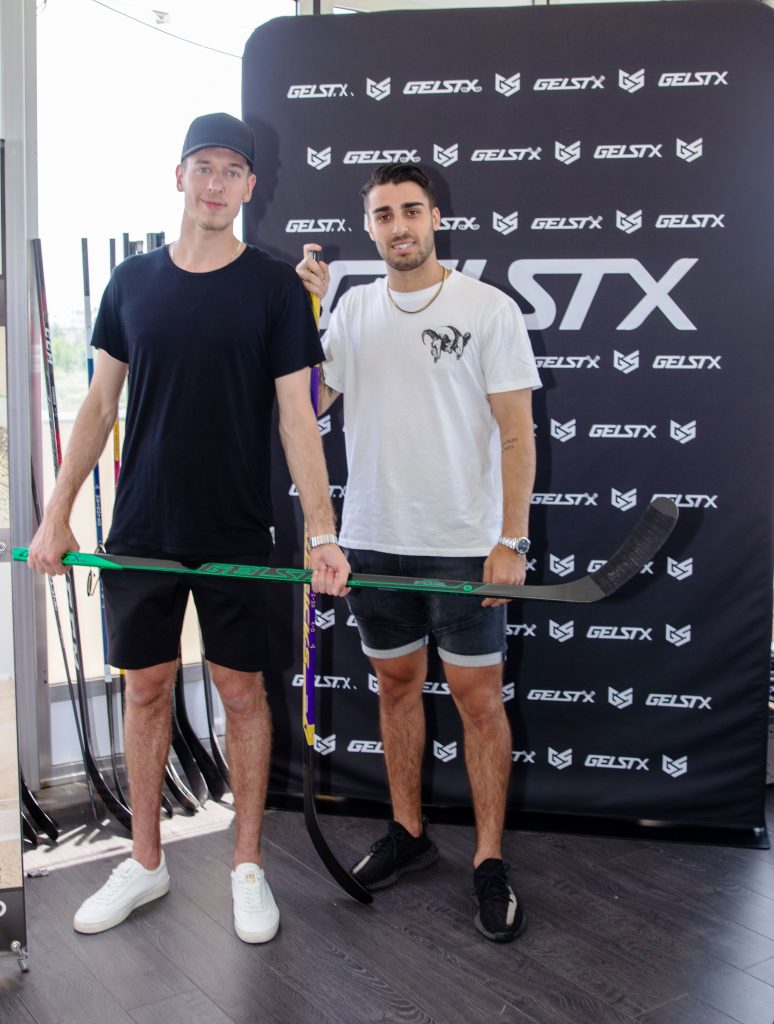 Silent Mode Powermask which is a high-tech sleep mask that dramatically reduces the impact of stress through rest, by covering up your eyes to keep out light, and playing music in your ears from an app on your iPhone using Bluetooth 4.2, that gives you Therapeutic sonic experiences: 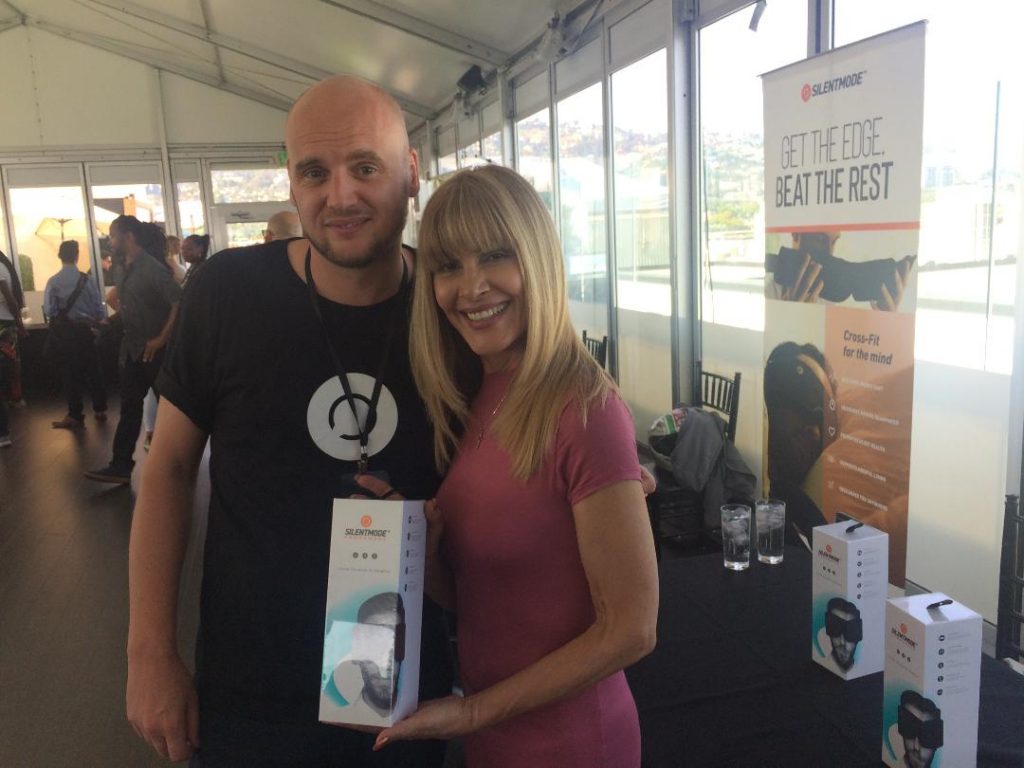 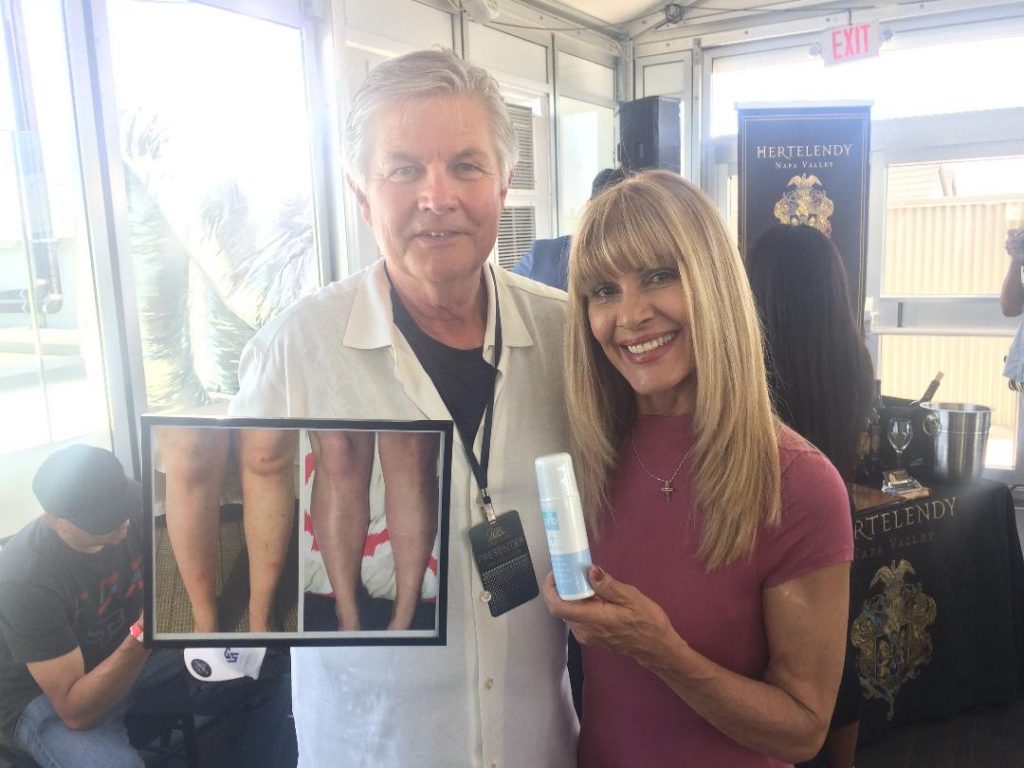 Beauty Pulse gifted the first ever line of luxury cosmetic CBD skin-care which includes the most luxurious, nourishing and restorative anti-aging skin care formulations made using the purest, most effective cold CO2 extractions of CBD available, LA Smash Cakes were on hand to gift a voucher for one of their signature hand-made edible chocolate domes filled with candy.  Guests were excited to receive a complimentary stay at Fit Farm – the Nation’s premiere fitness retreat nestled on 160 acres in the hills of Nashville, complete with a full-scale adult playground encompassing 12 zones and America’s first and only permanent obstacle course with lodging.  S Hotel Montego Bay Jamaica was offering up a complimentary 3-night stay at their resort in Jamaica overlooking famed Doctor’s Cave Beach through Swanky Retreats.  Other gifts provided were B Opulent jewelry with all-natural power beads imported from around the world, Shanti Hot Yoga memberships, Story Bikes were gifting their Electric Bike that is designed to take you where you want to go with style and power while being environmentally friendly while knowing that you’ve mobilized children at a local school in imbabwe, ReShoeVn8r sneaker care packages for all of your sneaker needs, and has an amazing and new patented way to clean your shoes, and put them in the washing machine without ruining them : 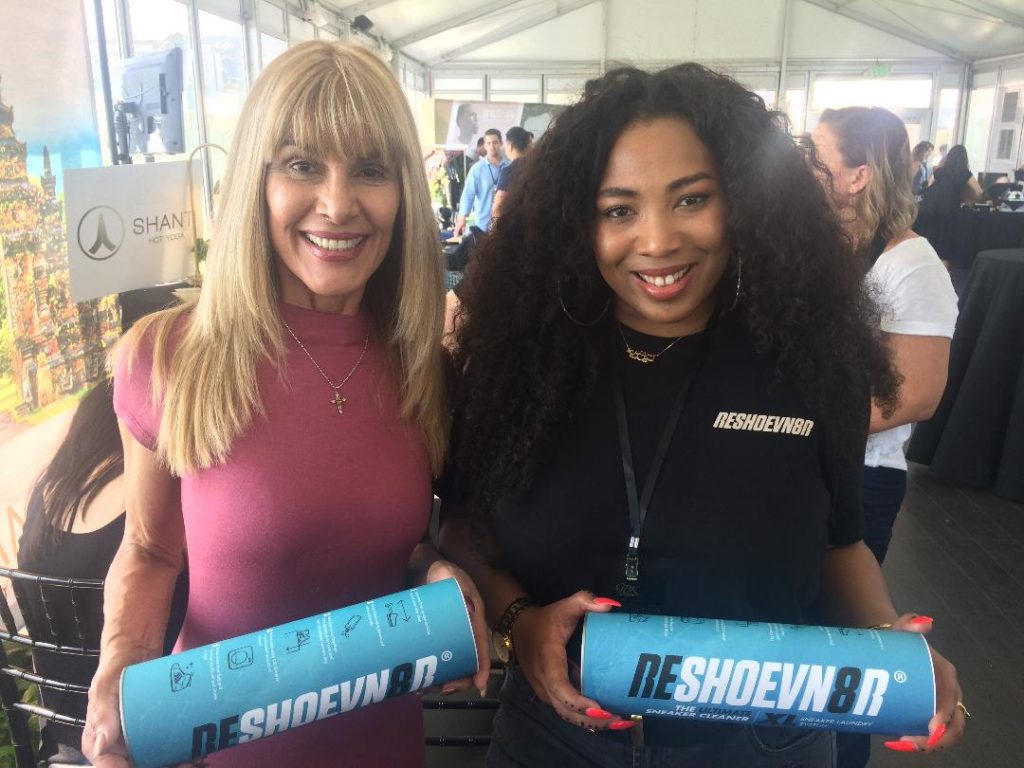 1 More Headphones gifted 1 More Triple Driver BT in-ear wireless headphones, Hertelendy Wines gifted wine and winery tasting packages, and Deaf Man’s BBQ Sauce which specializes in small batch gourmet BBQ sauces which are gluten-free, made using natural ingredients that are non-GMO.  As with every GBK Lounge there was a charity on-site to inform and engage their guests and this year ETTA Charity was chosen, whose mission is to provide programs and services that enable people with disabilities to live fully enriched, independent and active lives. A special thanks to the world’s premiere celebrity gifting lounge producer, GBK Productions for putting on this great event ! Music was provided by ADM Entertainment and Talent.