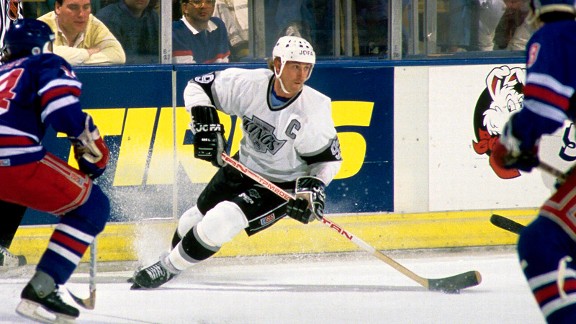 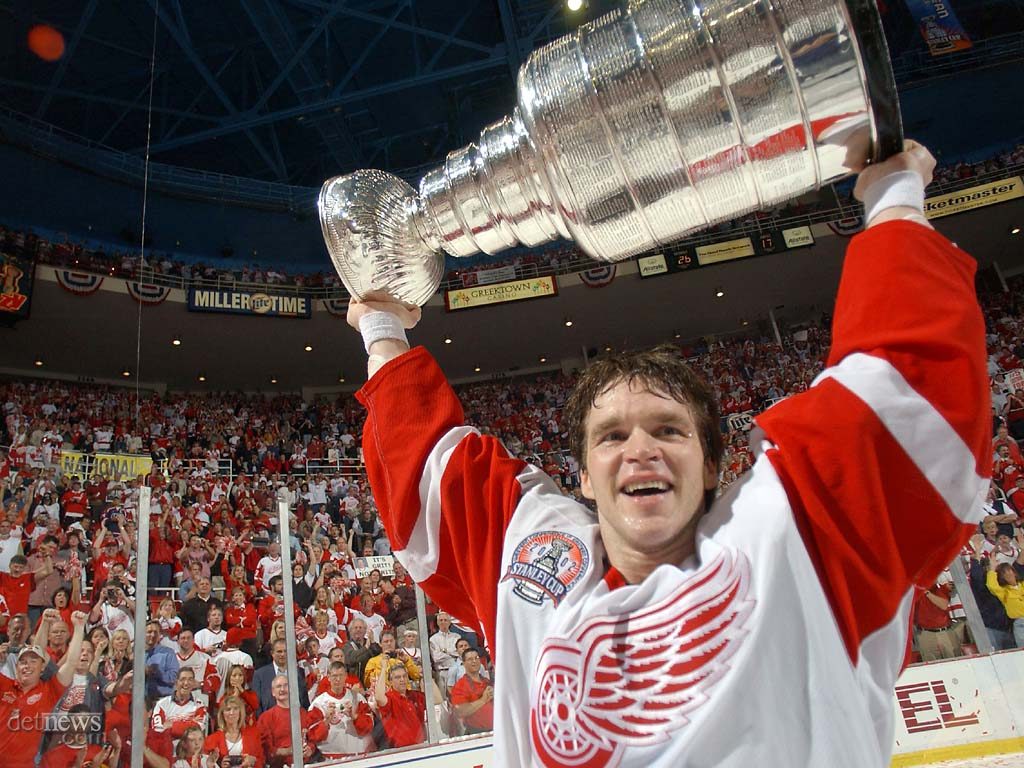 Luc played for the Pittsburgh Penguins and New York Rangers, but is most known for his fourteen seasons, over three different stints, with the Kings. He served as Kings team captain during the 1992–93 season (below-while Wayne Gretzky was injured) and for the final two games of the 2005–06 season. Below Photo of Hockey Legends : Wayne Gretzky , and Luc Robitaille , at The NHL All-Star Game :

Robitaille retired after the 2005–06 season as the highest-scoring left winger in NHL history and the holder of several Kings franchise records, along with numerous Kings playoff records.

On January 27, 2017, in a ceremony during the All-Star Weekend in Los Angeles, Robitaille was part of the second group of players to be named one of the ‘100 Greatest NHL Players’ in history. Below- LA Kings unveil statue of Luc Robitaille before 1-0 loss to Pittsburgh Penguins : 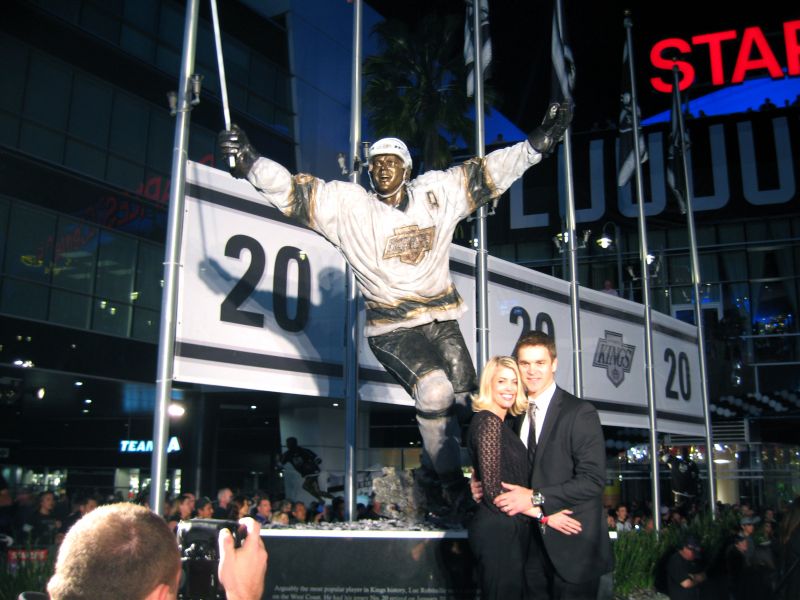