Home Entertainment 2021 Los Angeles Marathon new “Stadium to the Stars” course, won by...
Share on Facebook
Tweet on Twitter
On Sunday March 8th, 2020 was the last time that we had the LA Marathon, and latter that same night: the Michael Bolton Live Concert at Harrah’s Casino Resort Southern California, and then a few days latter on March 12th was the terrible COVID-19 Pandemic shut-down. Now for the first time since then we are so happy and grateful to be part of the new 2021 Los Angeles Marathon presented by ASICS, for the 36th Running of California’s premiere 26.2-mile road race.
This race returned to the streets of Los Angeles, with the debut of the new ‘Stadium to the Stars’ course starting at Dodger Stadium, running through West Hollywood and Beverly Hills before finishing on Avenue of the Stars in Century City. The Century City finish line venue is centrally located near the region’s best-known landmarks and within easy access of hotels, transportation and the entertainment areas of Westwood, Beverly Hills, West Hollywood and the westside.
For the first time in history the Los Angeles Marathon is being run in November, marking a highly anticipated return after the global pandemic delayed the race earlier this year. The 2021 event running welcomed 127 legacy athletes who have competed in all previous 35 editions of the race.
Again the African and Kenyan runners lead the field to take home the medals, but this time there were many Americans joining them in some of the top finishing positions in race. In this TV episode we take you to the finish line in Century City, and then we join the top 3 winners in the VIP room in The Craft LA Restaurant in Century Park. Craft LA s is a bustling 10,000 square-foot space that includes a dining veranda overlooking a four-acre park in Century Park, in Century City. In the VIP room we joined the winning runners for breakfast and lunch, as we looked out onto the park area, to enjoy the music that was performed live on-stage. We then interviewed the Men’s and Women’s Gold Medal Winners, and then they were all so kind to join us for photos together!
JOHN KORIR of PIEDMONT, CA, USA, won the Men’s race to take home the Gold Medal, in an excellent time of 2:12:47.64, which is an average of 5:04 per mile! See below photo as John breaks the tape, and crosses the finish line on Avenue of the Stars in Century City: 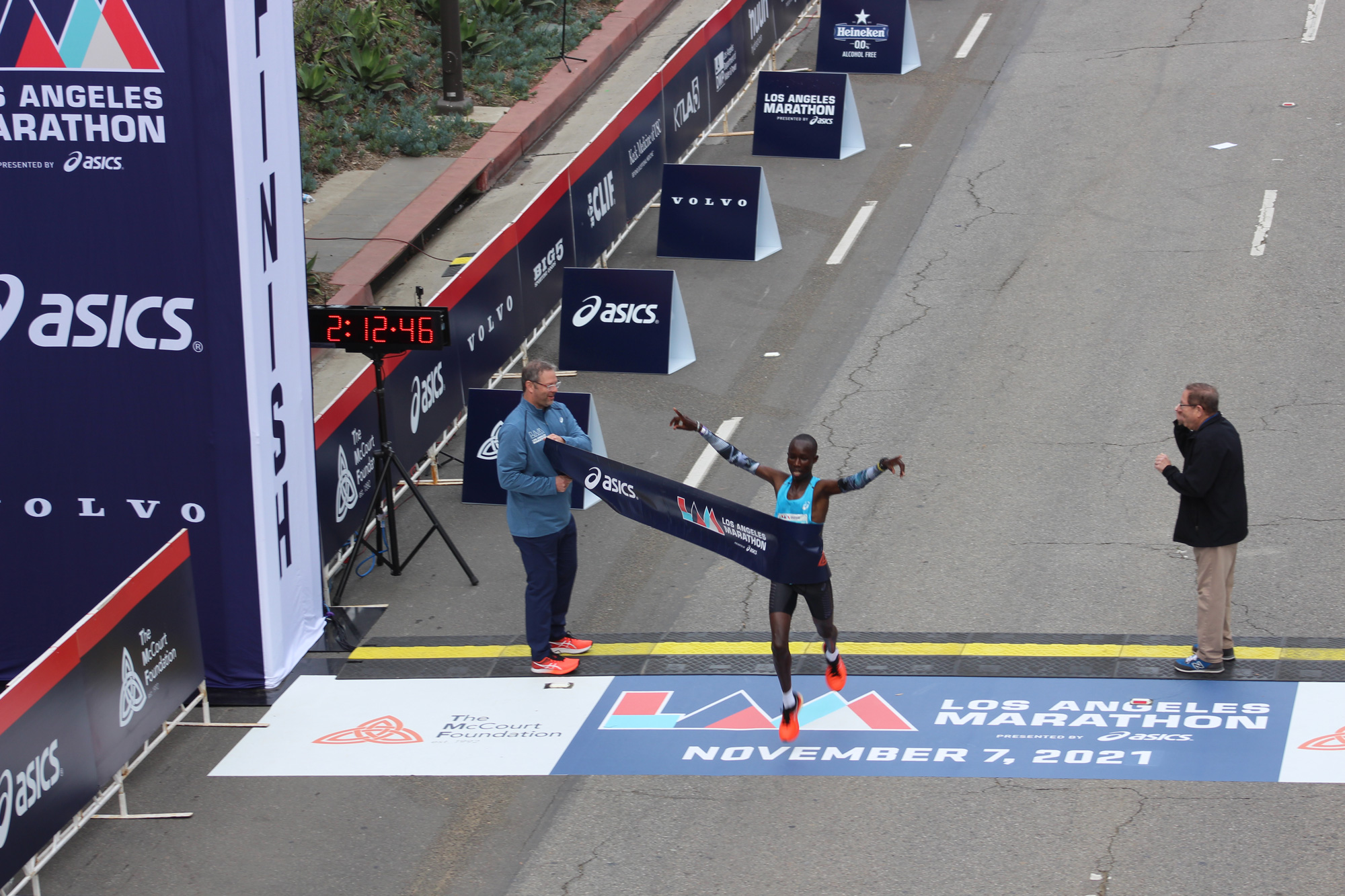 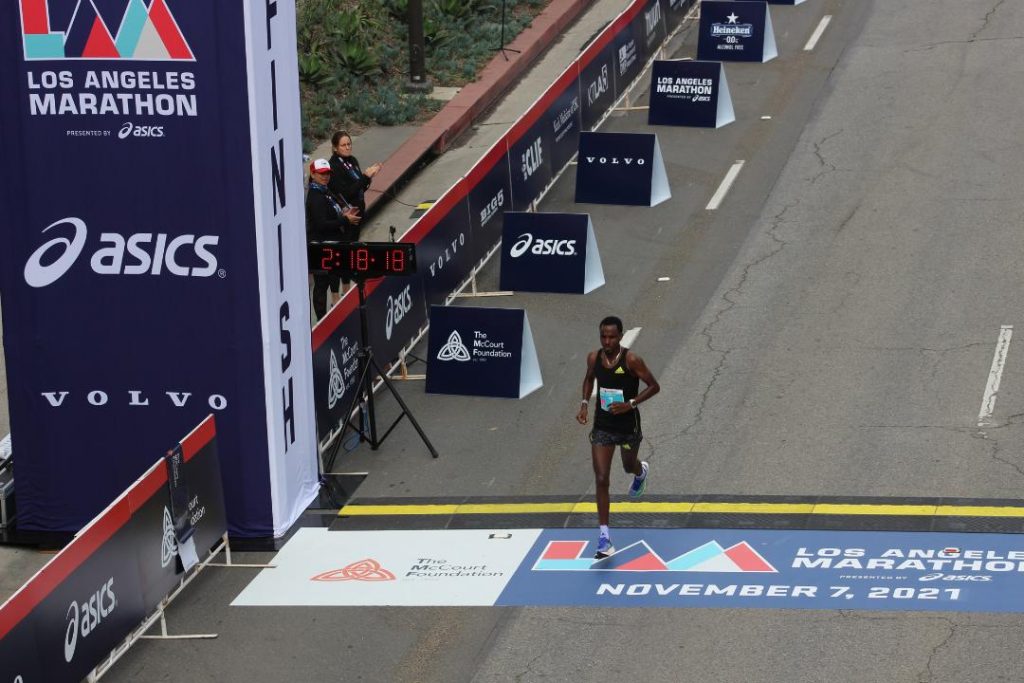 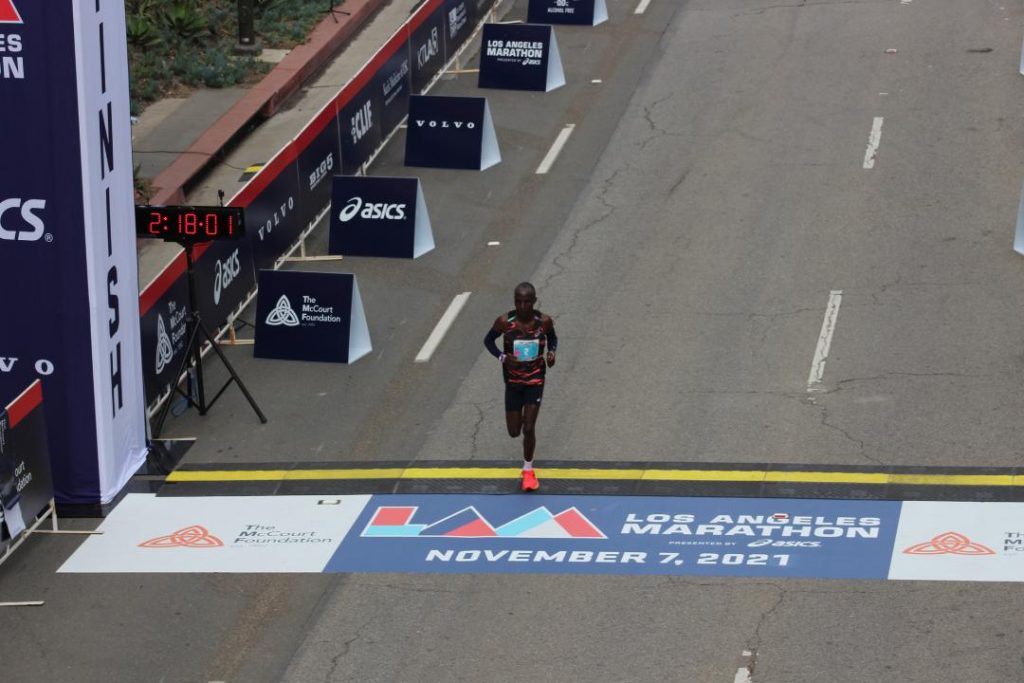 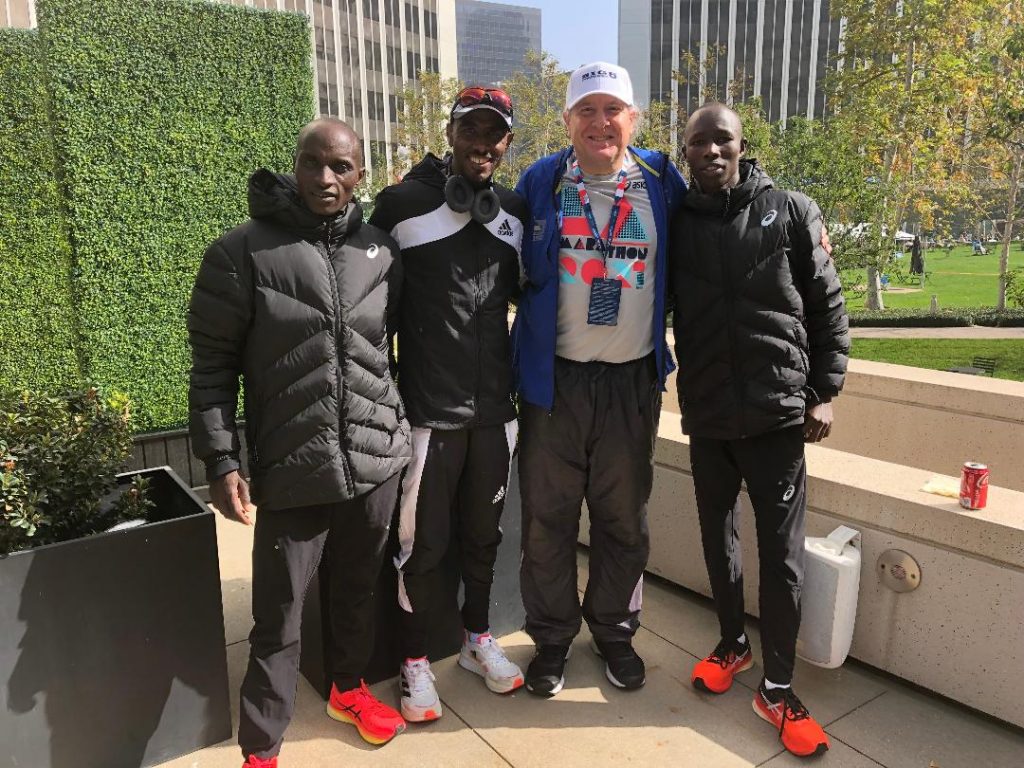 In the Women’s race NATASHA COCKRAM SULBY, of Great Britain won the Gold Medal in a time of 2:33:17. Below photo is of Natasha winning the race, and breaking through the tape, and below that is of her celebrating her victory with me in the VIP room in The Craft LA Restaurant in Century Park, and posing for a photo after my interview with her: 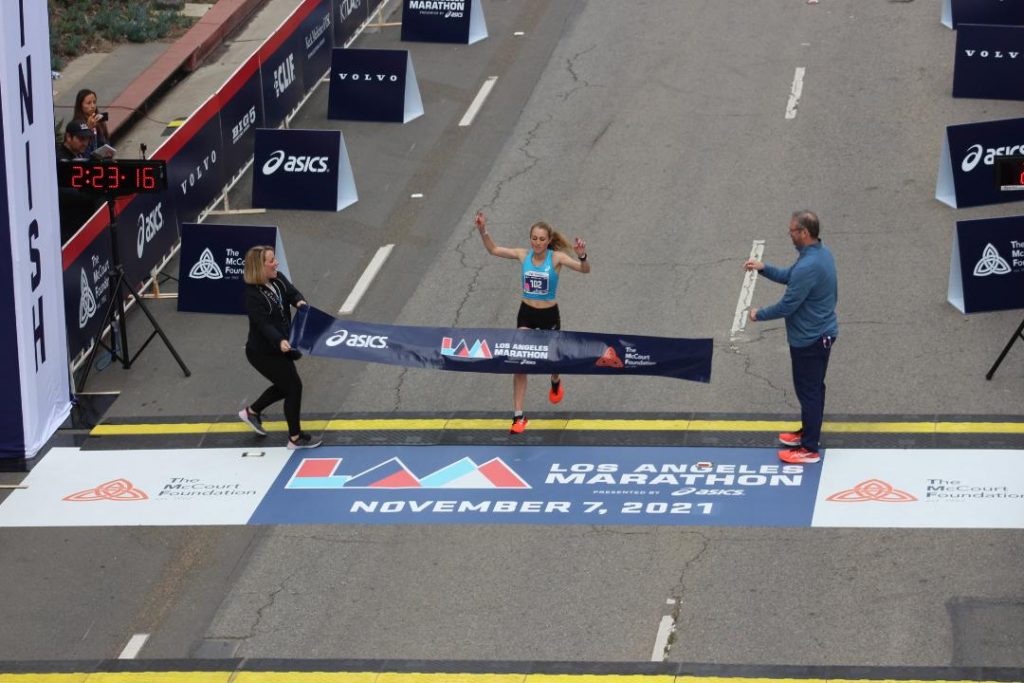 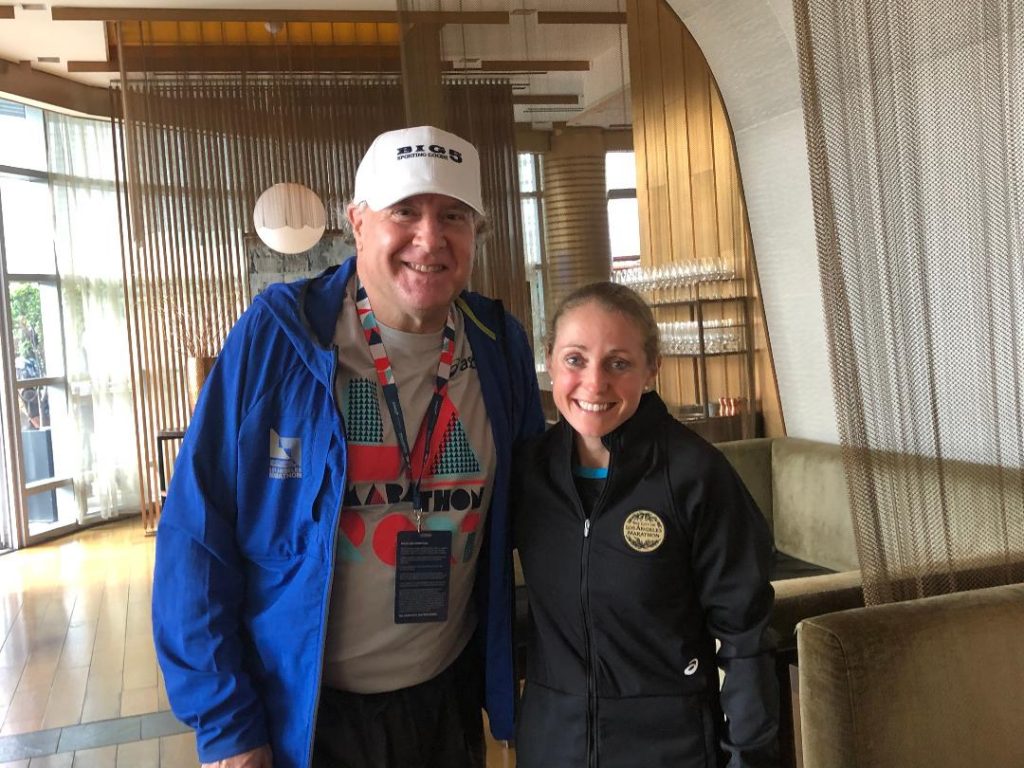 The Silver Medal went to ANTONINA KWAMBAI of ITEN, ELGEYO MARAKWET, Kenya in a time of 2:37:36, and only 1 second behind her, the Bronze Medal Winner:  NINA ZARINA of ARLINGTON, VA, USA, ran a time of 2:37:37.