I got a lucky opportunity at The Warner Bros backlot in Burbank to act out a scene from the hit TV sitcom series “Friends”, on the actual coffee shop set named “Central Perk” that was used to film Friends: Below is the exact same coffee menu, and coffee machine as it was when the last Friends episode was aired :

I was chosen to play the part of “Joey” since I was able to say “how you doing” just like Joey did!  Joey was played by Matt LeBlanc.

I had a few short lines with “Phoebe Buffay” ! So listen carefully so you can hear Lisa Kudrow on my left off set – giving her lines to me. They edited it to look like we were all on an actual Friends episode ! She was sitting in the chair on my left, as in the photo:

Friends had a very successful ten-season run, that was broadcast on TV from 1994 to 2004, on NBC as a television sitcom . We had to put our cell phones away while we were on the set- since they said that when that episode originally aired cell phones were not yet in common use! 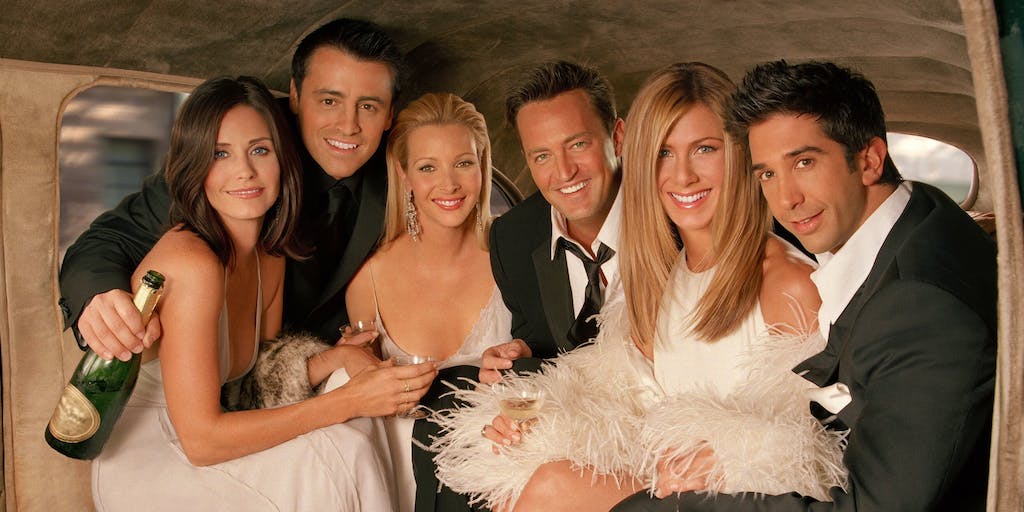 If you like to see photos from the actual coffee shop set named “Central Perk” of the hit TV sitcom “Friends”, go to: EntertainmentAndSportsToday.com or @entertainmentandsportstoday Youtube.com/entertainmenttodaytv Watch @friends #friends on @nbc stars #lisakudrow @lisakudrow as #PhoebeBuffay and #MattLeBlanc @mleblanc as #Joey on @warnerbrostv #warnerbros Thanks for watching! Please like this page and check out some of our other TV segments.