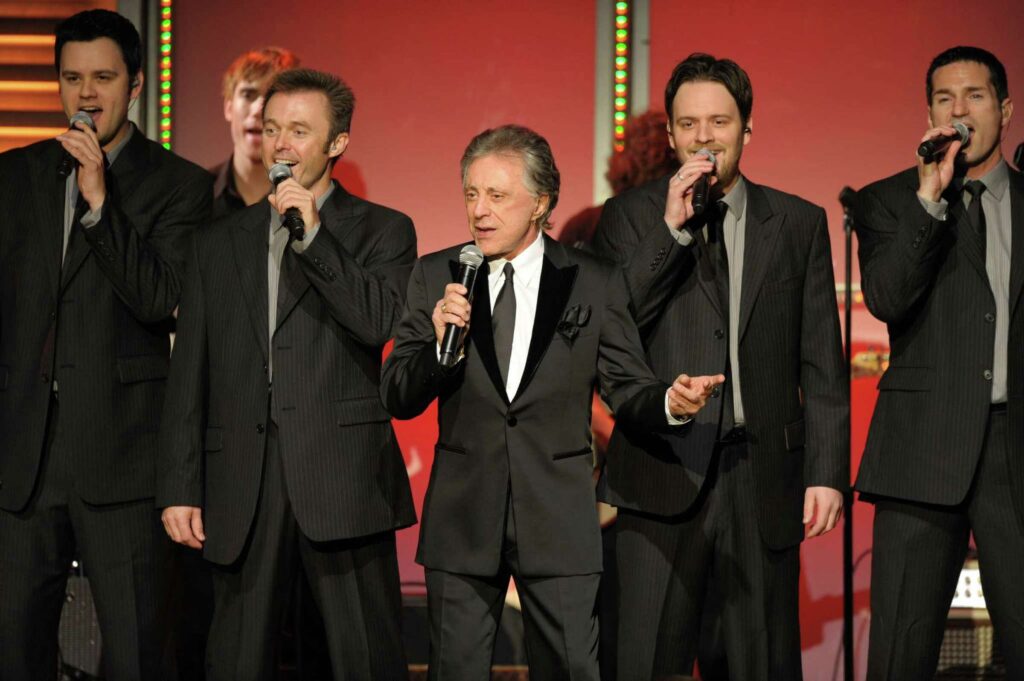 In sold out concert tours in London, England at Royal Albert Hall with the London Symphony Orchestra, and for the Tribute on Ice Concert in 2008, you can see in the below photo: Frankie Valli and The Modern Gentlemen, as Frankie’s backup singers: The Four Seasons, made up of Landon Beard, Todd Fournier, and brothers Brian Brigham and Brandon Brigham. For more than 10 years they have performed all over the world with Frankie Valli as his back up singers- The FOUR SEASONS, and at Pala Casino they gave us an amazing performance as The MODERN GENTLEMEN, performing hit songs from Frankie Valli and many other famous bands and singers: 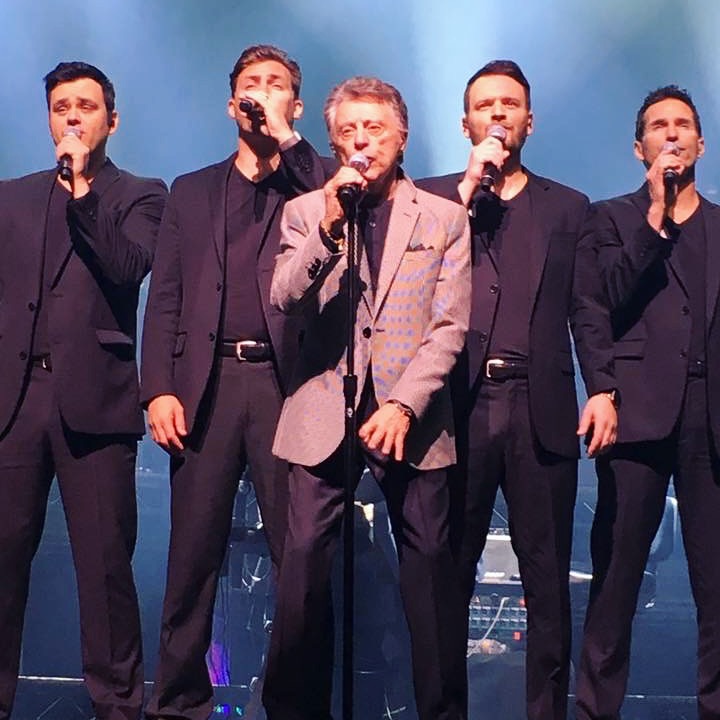 They play most of  the hit songs from Frankie Valli & The Four Seasons, and also a very wide range of music: Doo Wop like The Platters and Spinners, Motown Like Smokey Robinson & The Miracles, Pop like Michael Jackson, Rock & Roll like The Beatles and The Beach Boys, Jazz, R & B, Blues, music from Michael McDonald, Patti LaBelle, The Manhattan Transfer, Sheena Easton, Dion, Billy Joel,  and even some Frank Sinatra tunes! 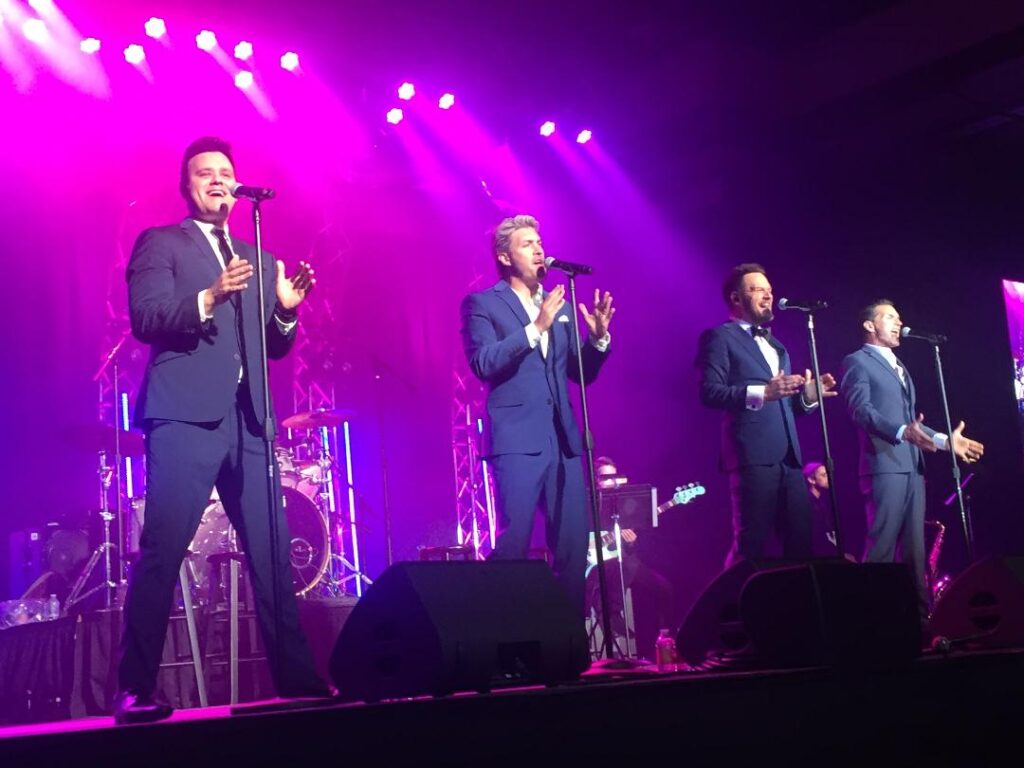 As Frankie Valli’s ‘Four Seasons’ for the past decade, The Modern Gentlemen have toured and headlined stages world-wide. With debonair looks, fabulous vocals & 4-part harmonies, they’ve been hailed by audiences and critics for their incredible talent and showmanship. 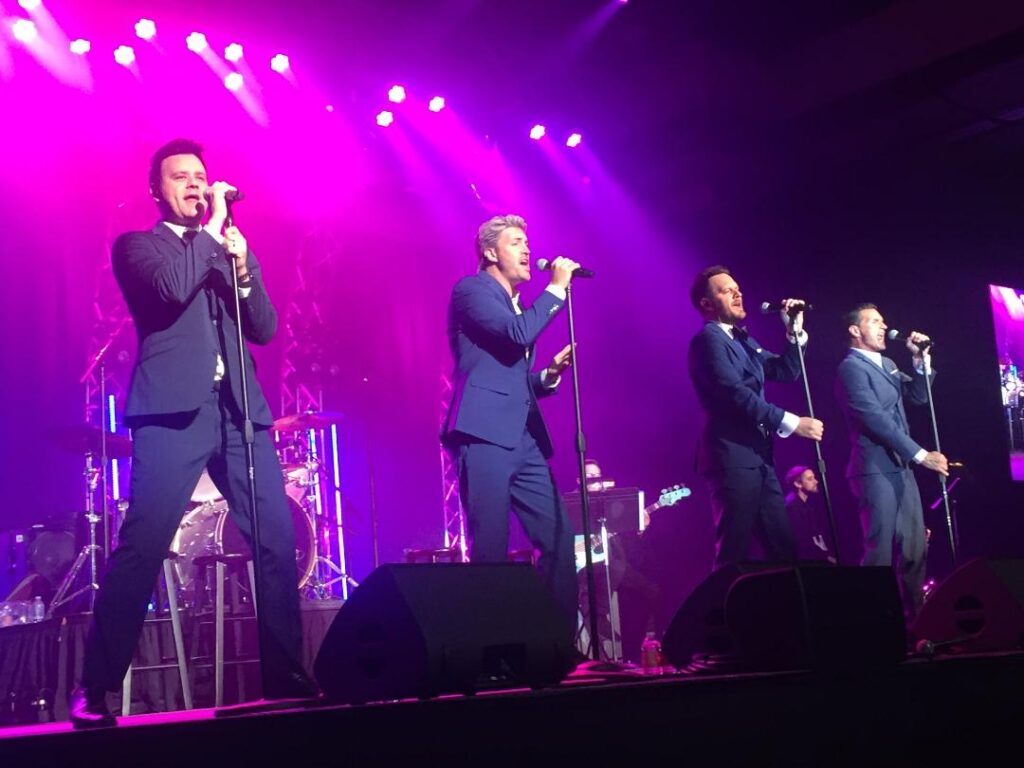 Individually, Landon Beard, Todd Fournier, and brothers Brian Brigham and Brandon Brigham were originally brought together as a quartet by the legendary Frankie Valli.  For well over a decade, they’ve wowed audiences all over the world with the rock & roll icon as The Four Seasons.  During their long tenure with the group, they developed their own identity.  Valli heard something in them that he never found in any of the configurations of singers he’d worked with.  Together in the studio, they finely tuned their “signature sound” to iconic Frank Sinatra tunes, blending the classic hits of yesterday with their MODERN style.  This discovery led to a fresh, new take on celebrating the Great American Songbook! See below photo taken with these 4 singers at the VIP Meet & Greet after the Concert at Pala Casino Spa and Resort: 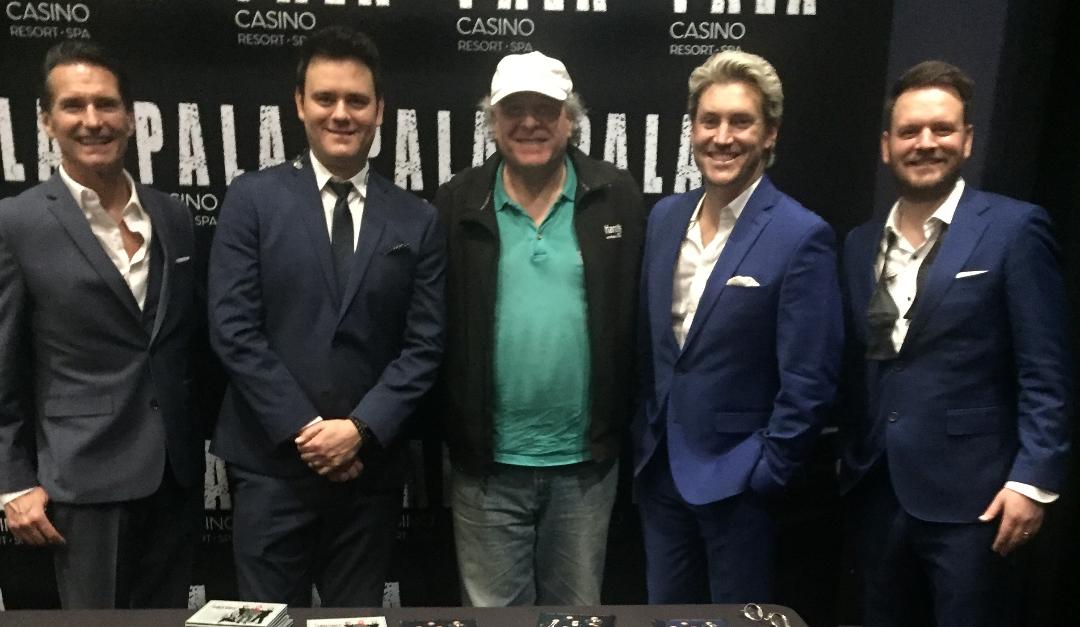 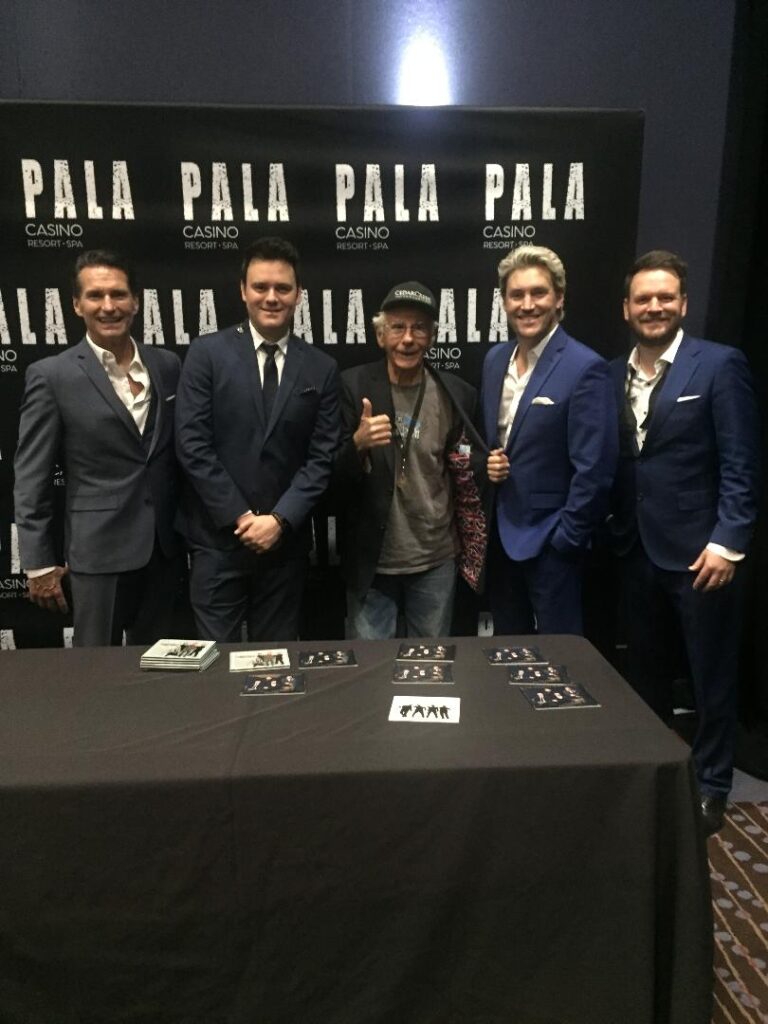 They’ve performed with Valli on the world’s biggest stages, from multiple sold out concert tours in London, England at Royal Albert Hall with the London Symphony Orchestra, to the O2 Arena, Hampton Court and BBC Proms In The Park for over 40,000 people!  In 2014, the gentlemen represented their country on, “A Capitol Fourth” in Washington D.C. with Michael McDonald, Patti LaBelle, John Williams and others, as well as two separate engagements on the Broadway stage.  They’ve toured all over the U.K., Asia, Israel, Canada, Italy, Australia and New Zealand.  They were recently featured on the PBS special, “Doo Wop Generations” which aired across the country and have appeared as headliners in Las Vegas and their own residency in Atlantic City, NJ. 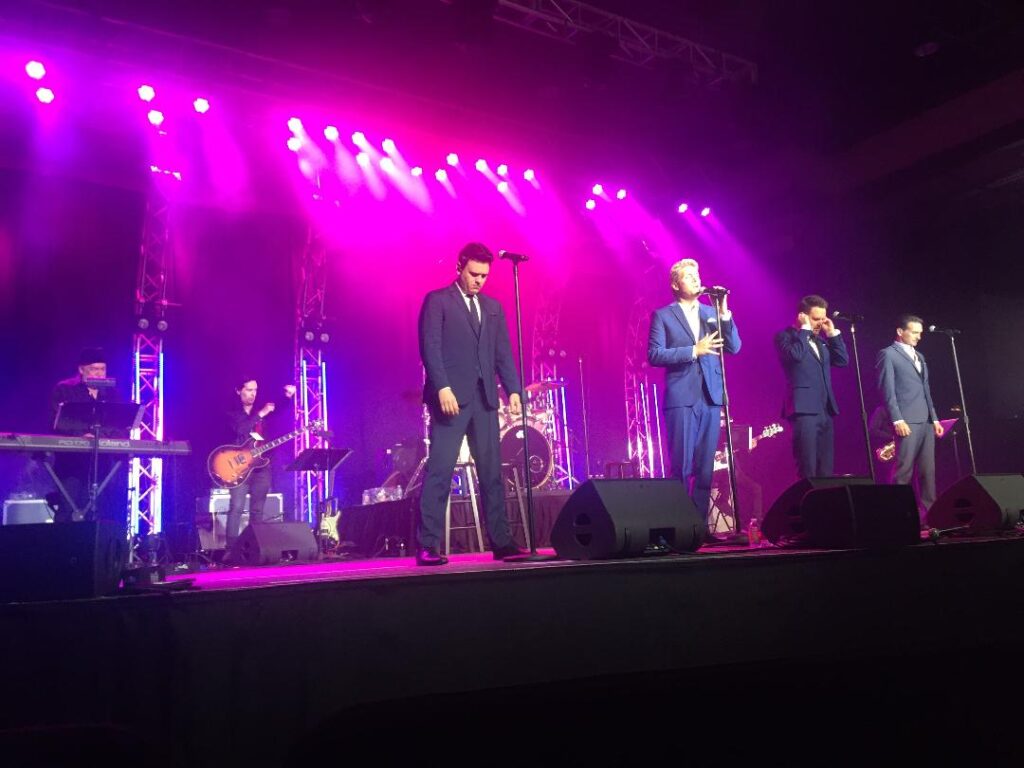 They’ve had the honor to share the stage with The Beach Boys, The Manhattan Transfer, Sheena Easton and many other notable artists.  They’ve performed for presidents of The United States and Prince William, the Duke of Cambridge at the esteemed Arts Club in London.

In 2020, TMG released their 1st holiday album, “You Make It Feel Like Christmas” with Mercia Records.  It was recorded at the iconic Village Studios in Los Angeles and distributed by The Orchard (Sony Music).  It features original songs written by multi-platinum, award winning songwriters as well as familiar classics from over 6 decades of Pop, Rock, and Jazz that will even get Santa swingin’!

This dynamic quartet is different from any other vocal group of their generation having been a part of one of the biggest and most influential American rock & roll bands of all time!  They feel very fortunate to have worked alongside many of the artists they celebrate and when THE MODERN GENTLEMEN take the stage, they bring their charm, high energy, and four-part harmony without limits!