Attendees of AFM were treated to a wonderful and informative morning by a multitude of Russian studios at the beautiful Loews Hotel in Santa Monica. As guests dined on a delicious buffet breakfast, each studio represented came to the front of the room and passionately discussed their projects with the aid of audiovisuals. As well, each studio picked one of their projects and the attendees were treated to watching that project’s trailer.

I have to say, I was completely in awe of the trailers I saw. The technology, especially the CGI, was beyond my expectations, and the overall quality of the filmmaking made me think I was watching a Hollywood box office hit. The scope and depth of the storylines with everything from infidelity to the Holocaust were among the films that stuck out in my mind. There was one film, a true story was about a dog whose owner is forced to leave him at the airport. The dog stays and lives at the airport for years, greeting each plane searching for his owner, and according to the presenter, there is a very happy ending. I was crying my eyes out during the trailer, and I am going to be searching for this film when it comes out, and all I will say is, it better have a happy ending!

After the presentations, there was more networking on the sunny patio as the attendees enjoyed round two of their breakfast and networking. I met some great people from Italy and Dubai and made sure to let the Russian presenters know how impressed I was by their films. The only thing missing was a shot of some type of traditional Russian vodka, but being that the event ended at 11:30 AM, I am guessing it wasn’t entirely an oversite! 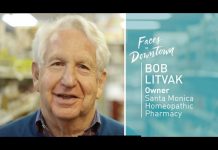