In the next video segment you will see the incredible hit song: “Volcano” number of the opening night premier of Jimmy Buffet’s stage musical.

In the final video segment you will see the incredible closing number of the opening night premier of Jimmy Buffet’s stage musical. Only for this special opening night premiere you can see the Grammy Hall of Fame member and music legend Jimmy Buffet: in the middle of the stage in a white Hawaiian shirt playing the guitar, along with the Oscar Winning Producer: Frank Marshall, who is next to him to the left in the photo, in the blue Hawaiian shirt : both playing Jimmy Buffet’s hit song Margaritaville.  Below photo of the red carpet arrivals for the stars and cast: 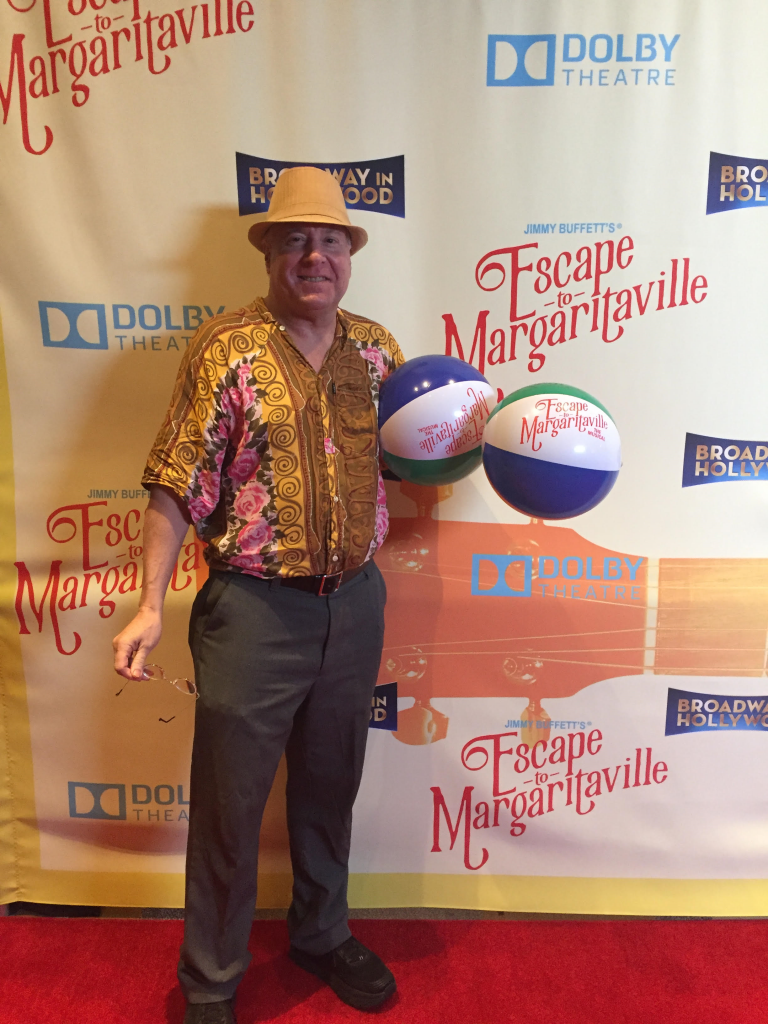 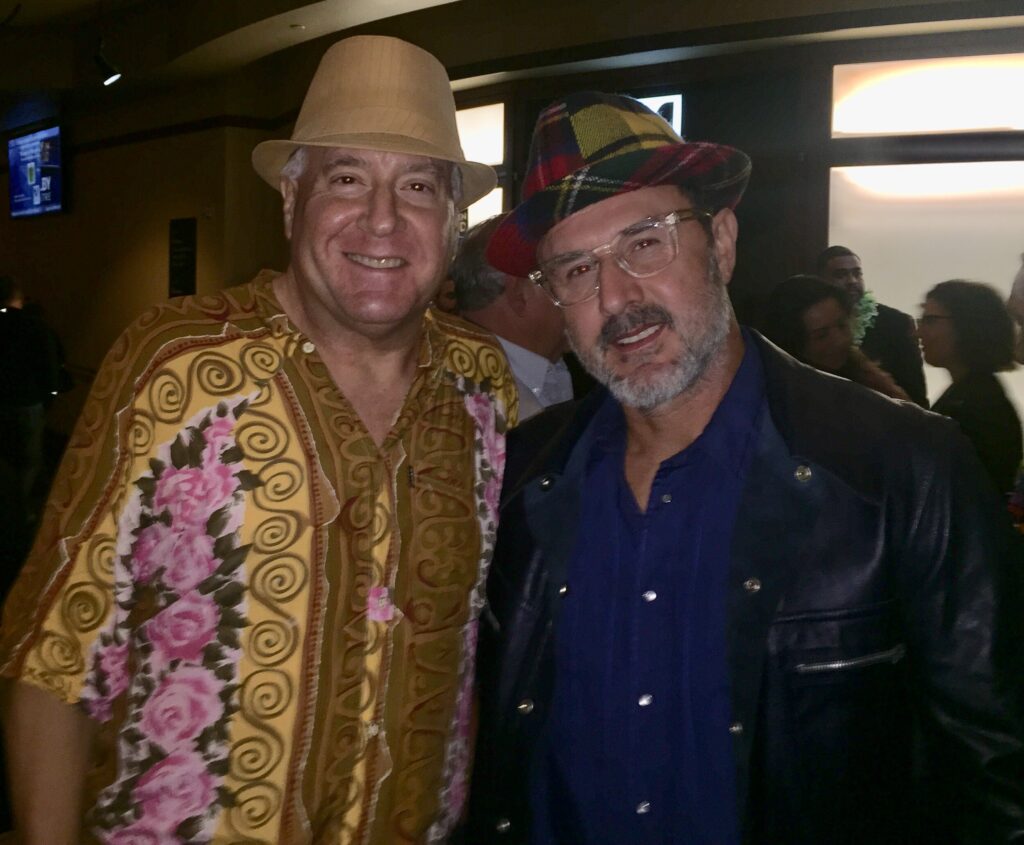 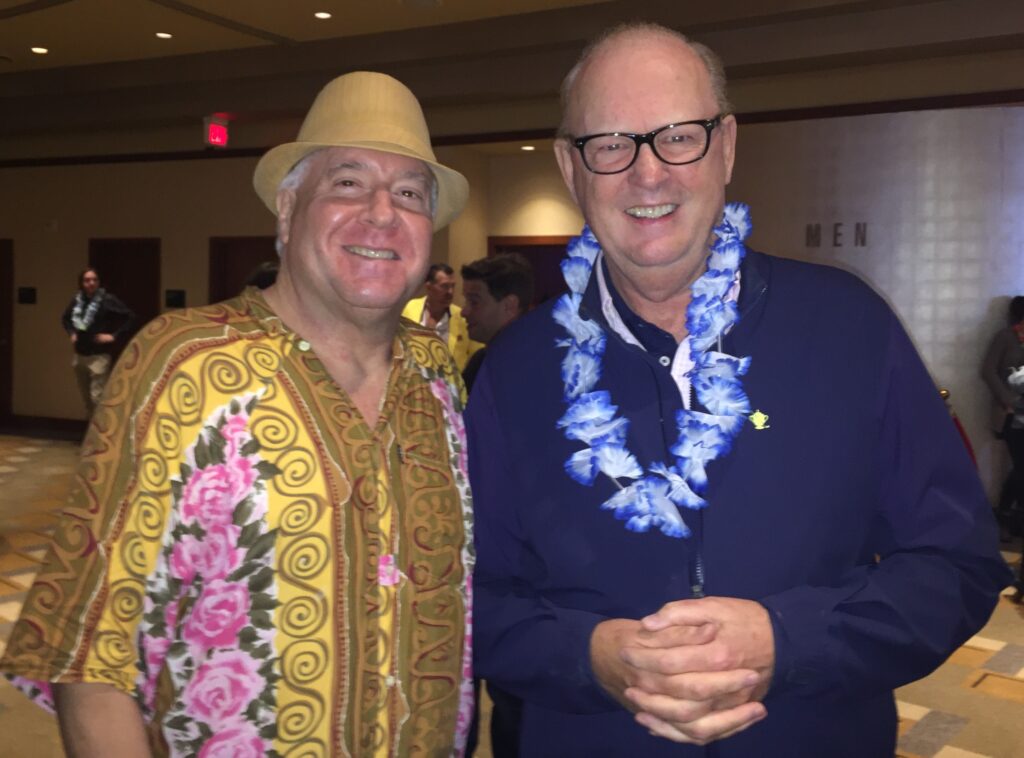 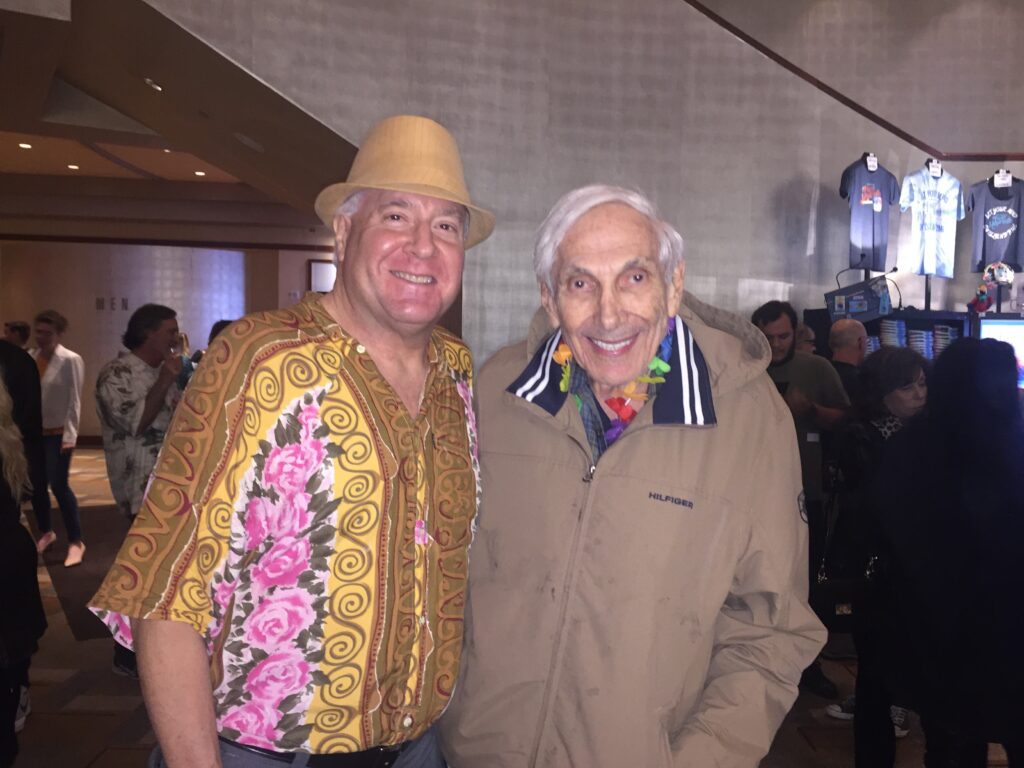 Some of the many of Jimmy’s hit songs that are played during the show: Margaritaville, Come Monday, Fins, and my personal favorite: Volcano. 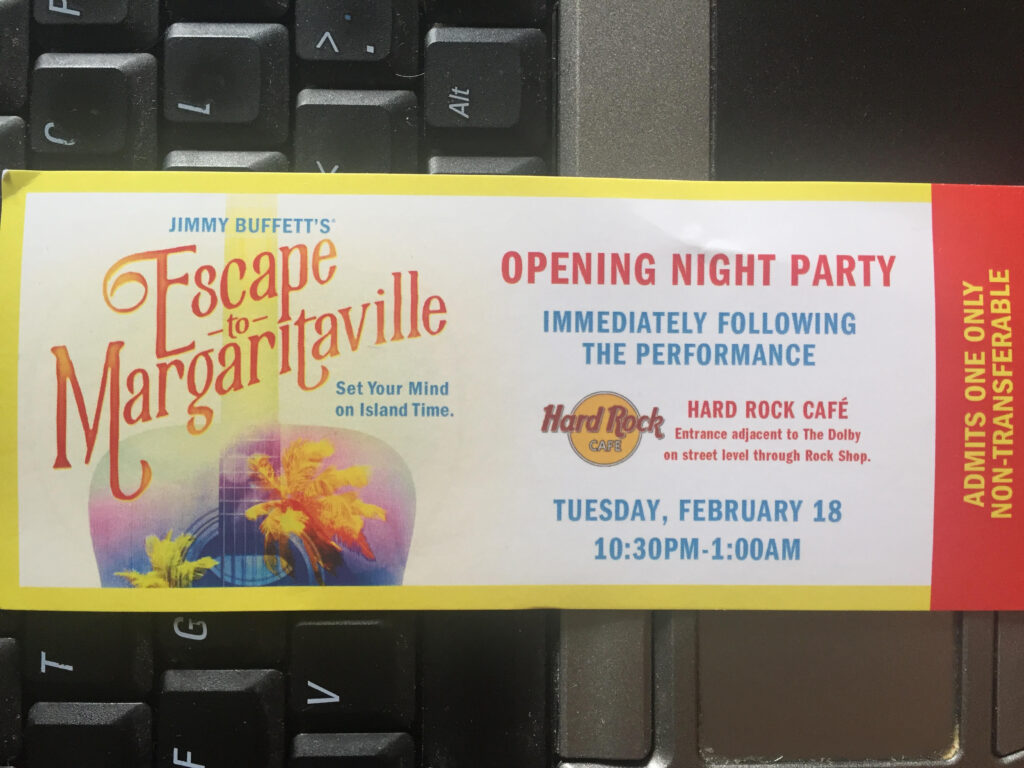 We then went to the invite Only VIP after-party at the Hard Rock Cafe, which is also is located in The Hollywood Highland Center- adjacent to the Dolby Theatre. It was an amazing party with all of all of the cast and stars there in person. Below Photos with the cast at the VIP Invite Only After-Party at The Hard Rock Cafe: 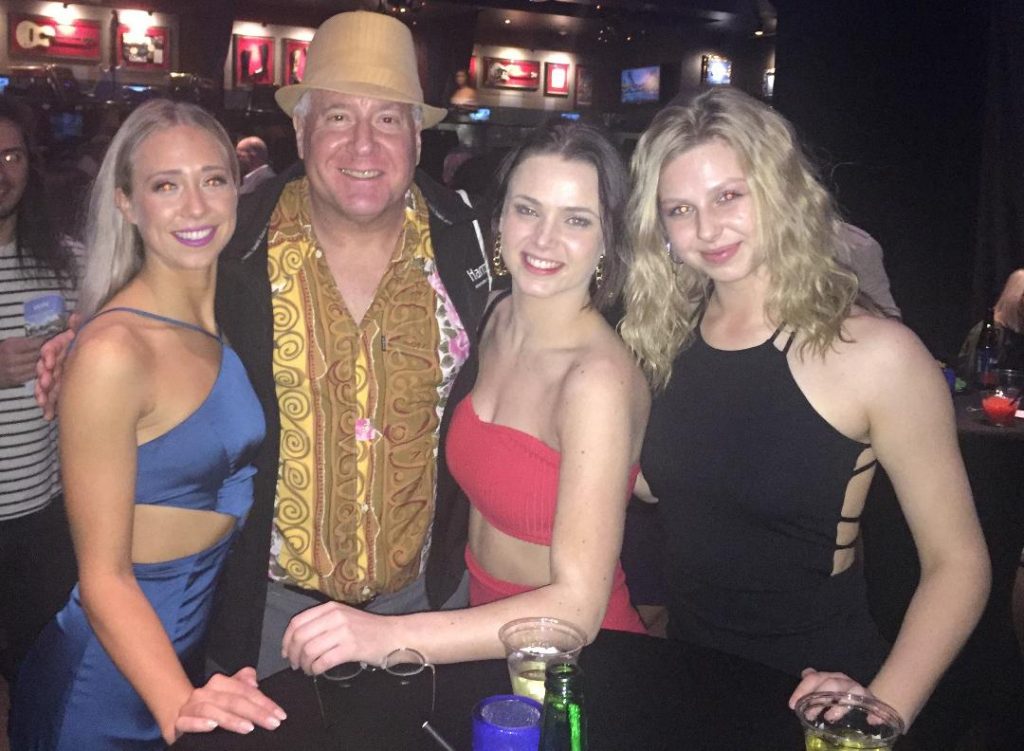 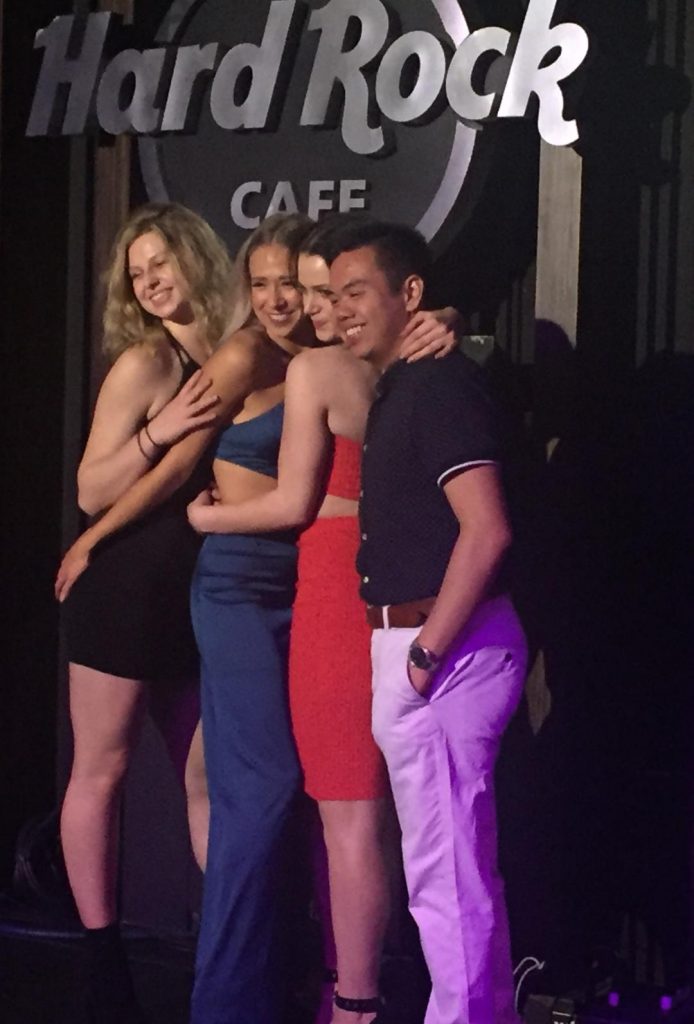 They served amazing authentic food and drinks from Jimmy’s home town of Key West, Florida: including his signature drink: Margaritas- The Jimmy Buffet Margaritaville, and for desert delicious Key Lime Pie! We stayed to the “bitter end” – accept this time it wasn’t bitter at all – in fact it was very sweet as we shared with all of the show’s performers- a specially designed cake in the shape of a guitar (see photo below) – that was dedicated to Jimmy Buffet’s Escape to Margaritaville ! It was a special night that we will never forget. 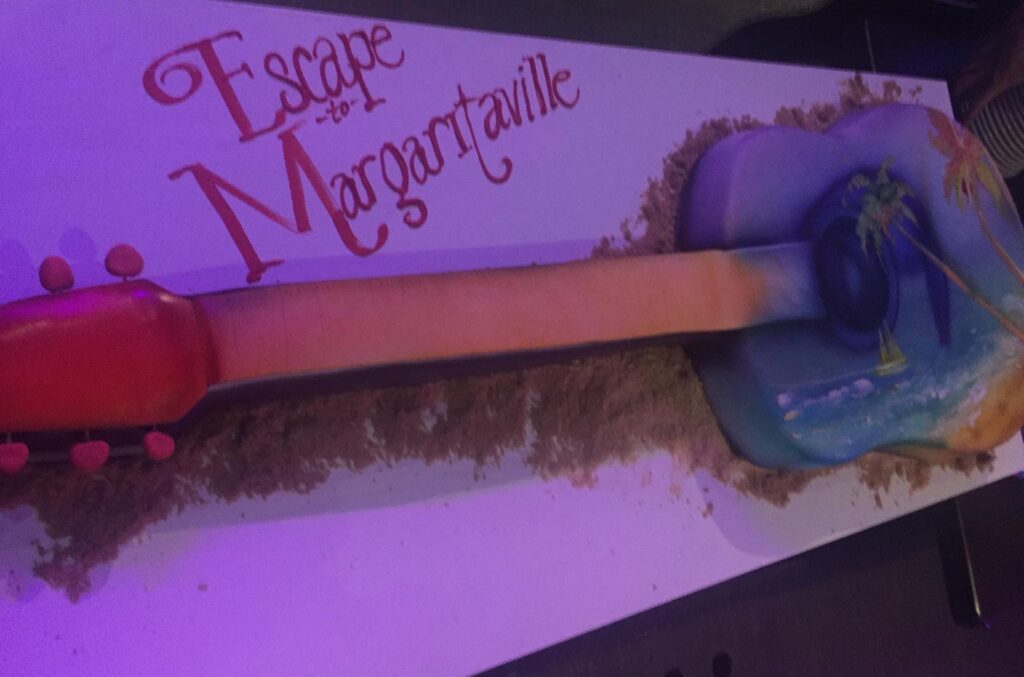 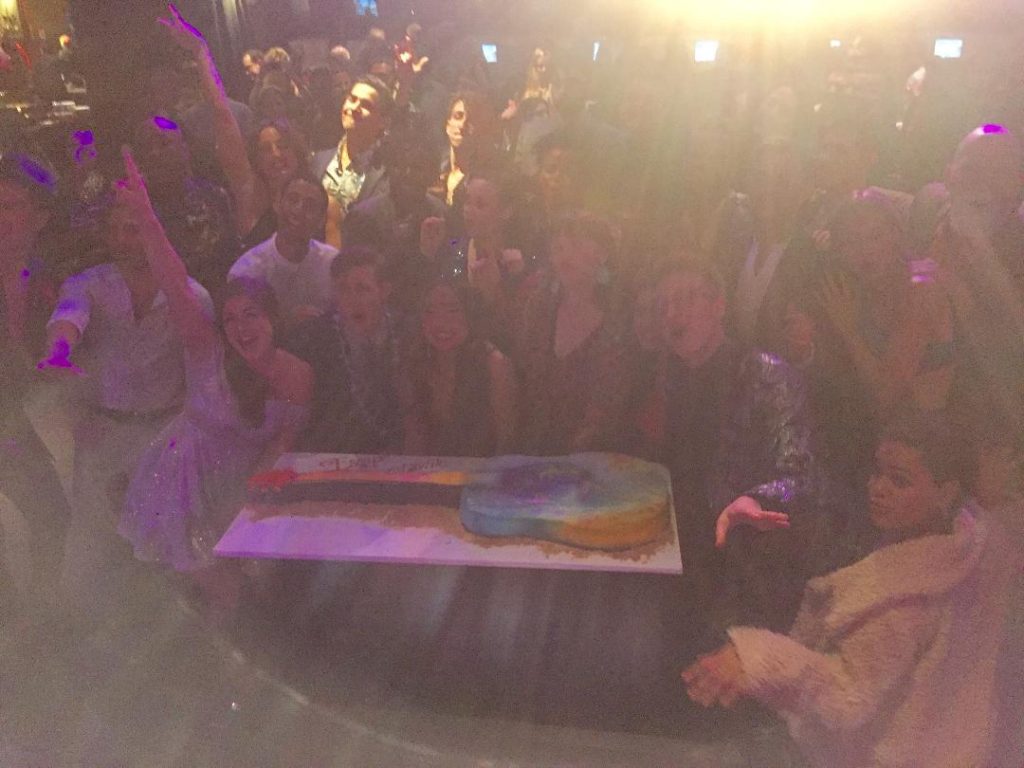 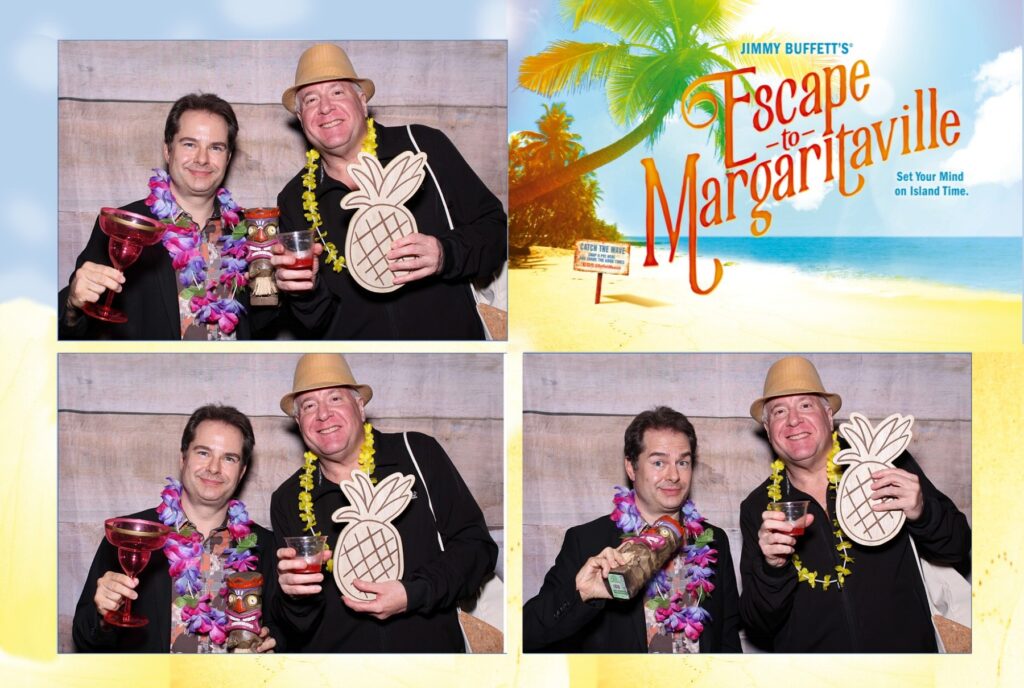 We like to give a special thanks to our reporter: Josef Csongei (& above Quad Postcard photo from the photo booth, with Josef on the left of each photo) who helped to make this all possible, and for doing some great in-depth interviews. Photo below: Josef on the left with the hero of the night, and musical legend: Jimmy Buffet: 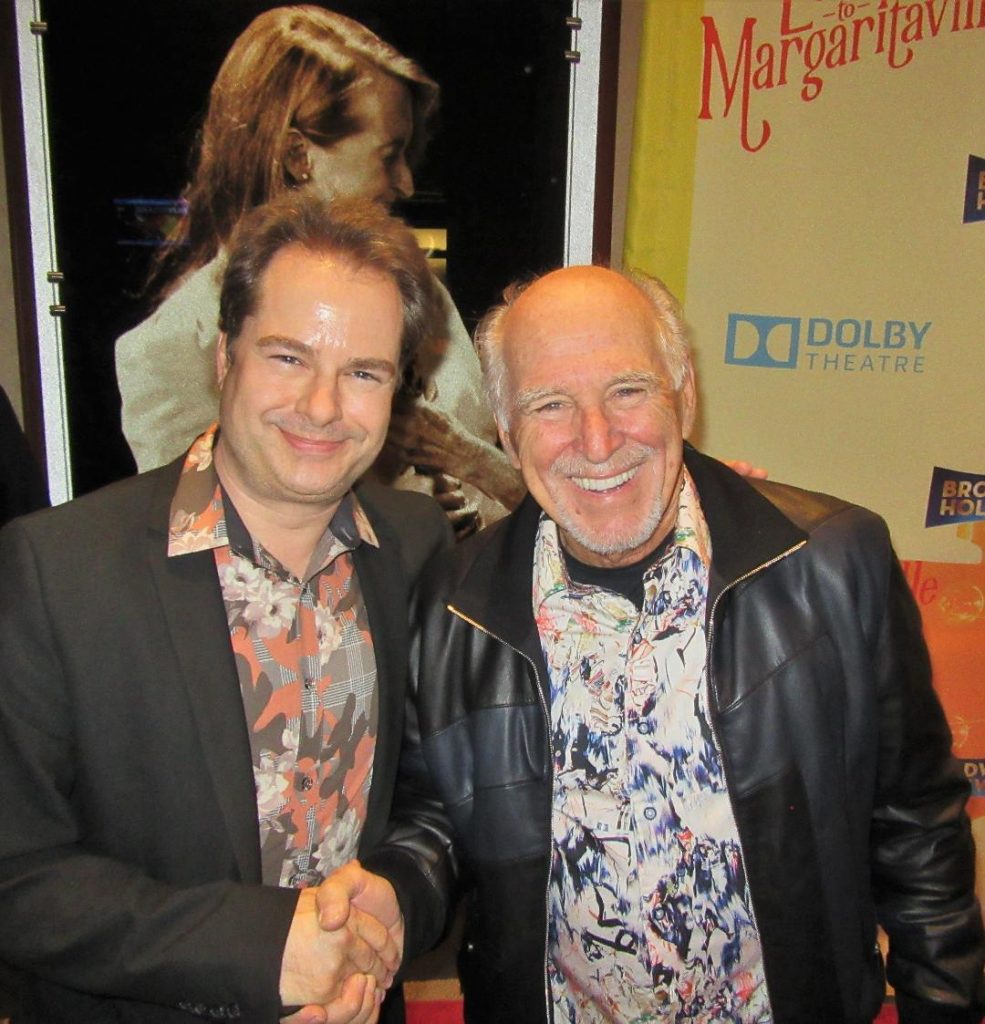 For more information, and if you like to buy any of these great products that you saw on our TV show, E-Mail us direct: info@entertainmentandsportstoday.com so that one of our staff can connect you with the right people. Above is our video news story on entertainmentandsportstoday.com #JimmyBuffet #Margaritaville #EscapeToMargaritaville For tickets go to: BroadwayInHollywood.com