We are proud to announce the World Premiere of SKID ROW MARATHON at the 2017 Los Angeles Film Festival. Director Mark Hayes and producer Gabriele Hayes bring this special LA story to the big screen. Skid Row Marathon tells the story of how a local criminal court Judge Craig Mitchell organizes a running club in LA’s Skid Row that comprises of homeless, recovering and paroled individuals who seek to rediscover their sense of self worth and discovery.

Skid Row Marathon is a feature length documentary that follows Judge Craig Mitchell and his running club as they prepare for a variety of running events including the Accra International Marathon in Ghana, the LA Marathon and the Rome Marathon. Many of the club members have been living on the streets or in homeless shelters for significant periods of time. They’ve lost everything – their homes, their jobs, their families and relationships. As they run with the Judge, they struggle with their demons and attempt to regain their self-esteem and self-sufficiency. Not everyone succeeds.

Judge Mitchell is a criminal court judge that started a running club on L.A.’s notorious skid row. The club’s members, comprised of homeless drug addicts, a recovering single mom and an paroled murderer, consider themselves among those least likely to succeed. As they train together to run in international marathons, they learn to dream big as they are re-acquainted with their own dignity. For more info :  http://skidrowmarathon.com/ 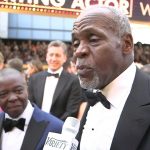 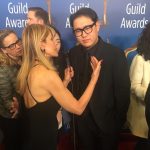 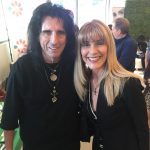