In this TV episode of Entertainment Today , we will take you to AARP The Magazine’s 17th Annual Movies for Grownups® Awards that were held earlier today at the Beverly Wilshire, Beverly Hills, celebrating 2017’s standout films with unique appeal to movie lovers with a grownup state of mind and recognizing the inspiring artists who make them. Co-produced by the Great Performances series, the awards will be broadcast for the first time on Friday, February 23 at 9 p.m. on PBS, (check local listings),pbs.org/gperfand PBS apps.

This Gala Awards Show Event always has many of The Oscar Nominees who attend, and a very high percent of them go on to win the Oscar !

In this news segment our reporters had a very interesting interview with The Legendary Star Wars Icon: Mark Hamill , who is known for playing Luke Skywalker in the Star Wars film series , and Kelly Marie Tran , who presented director Rian Johnson with Best Picture/Movies for Grownups honors for the epic hit movie that they both starred in : Star Wars: The Last Jedi, because “this incredible film series that began with the Baby Boomer generation and now crosses generations to be loved by moviegoers of all ages around the globe. Above: Mark at The “Star Wars: The Last Jedi” World Premiere , and below: the original threesome: Mark Hamill, left, Carrie Fisher and Harrison Ford , from “a long time ago in a galaxy far, far away”, when the franchise began in 1977 – from the very 1st. Star Wars movie ! 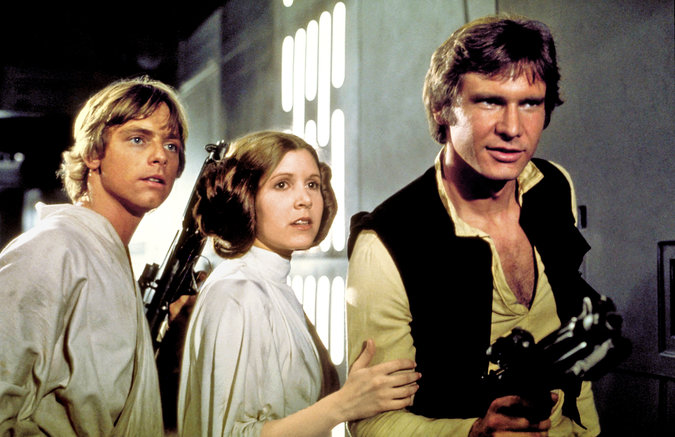 “Darkest Hour” co-star Ben Mendelsohn presented Gary Oldman with the Best Actor award for his captivating performance as Winston Churchill in Darkest Hour : Also in this news segment our reporters were the only news reporters on the red carpet that were able to obtain an interview with Oldman. Both on stage during the awards show, and during our interview – Mr. Oldman talked about how life after 50 is getting better, “I have met the love of my life, I have the role of a lifetime.” Below right: Gary with The Golden Globe Award he won for Best Actor , for his amazing transformation into Sir Winston Churchill (on the left). You would hardly even recognize Gary when he is in full makeup as Winston Churchill ! 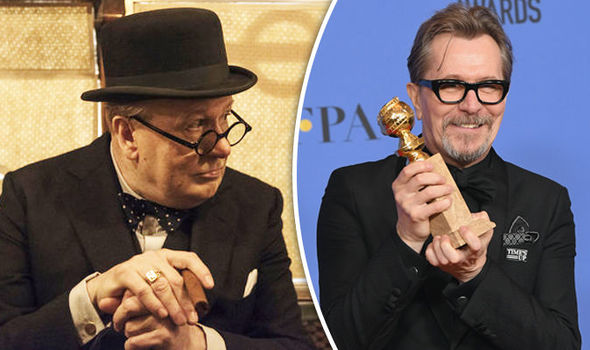 Highlights from the evening included a moving tribute to Career Achievement honoree Helen Mirren, “it’s a resume and a range that is barely believable to have come from one person,” noted Winchester co-star Jason Clarke who presented the esteemed award to Mirren. Mirren provided an insightful piece of advice about life, “it is unknown, nothing lasts forever, life keeps surprising us and that why it’s worth living.”

Lady Bird Director Greta Gerwig and Actress Saoirse Ronan presented Laurie Metcalf, the Best Supporting Actress award for her role as the mother in the film, with Gerwig saying “there was never a day or take that she didn’t completely inspire me and blow me away.”

In a special moment, Director Michael Gracey lifted child co-stars Christopher Rivera and Valeria Cotto to the mic, so they could thank AARP for receiving the Best Intergenerational Film for The Florida Project, with Cotto asking AARP “where can I sign up for this?”

One of the most memorable moments of the evening included special guest Ken Sturdy, World War II veteran and survivor of the Battle of Dunkirk, receiving the Best Time Capsule award for Dunkirk, which looks at the brutality of war and the triumph of ordinary people coming together in a time of crisis. Sturdy commended the film’s tribute to the heroes lost and rescued on those harrowing days, stating how the film’s title should really be called the Miracle of Dunkirk.

The complete list of the 17th Annual Movies for Grownups® Awards Winners:

● Best Ensemble: Get Out

● Best Documentary: I Am Not Your Negro