A look back to The World Premiere in New York of the mega movie hit : The Fate of the Furious – F8 , which is now out on DVD. F8 is one of the fastest movies to reach $1 billion worldwide in box-office history and the sixth-biggest global title of all time, and is one of the most popular and enduring motion-picture serials of all time.

In this show we have great interviews from the red carpet in New York with Oscar® winner Charlize Theron , and the main lead for this movie series – Vin Diesel , : 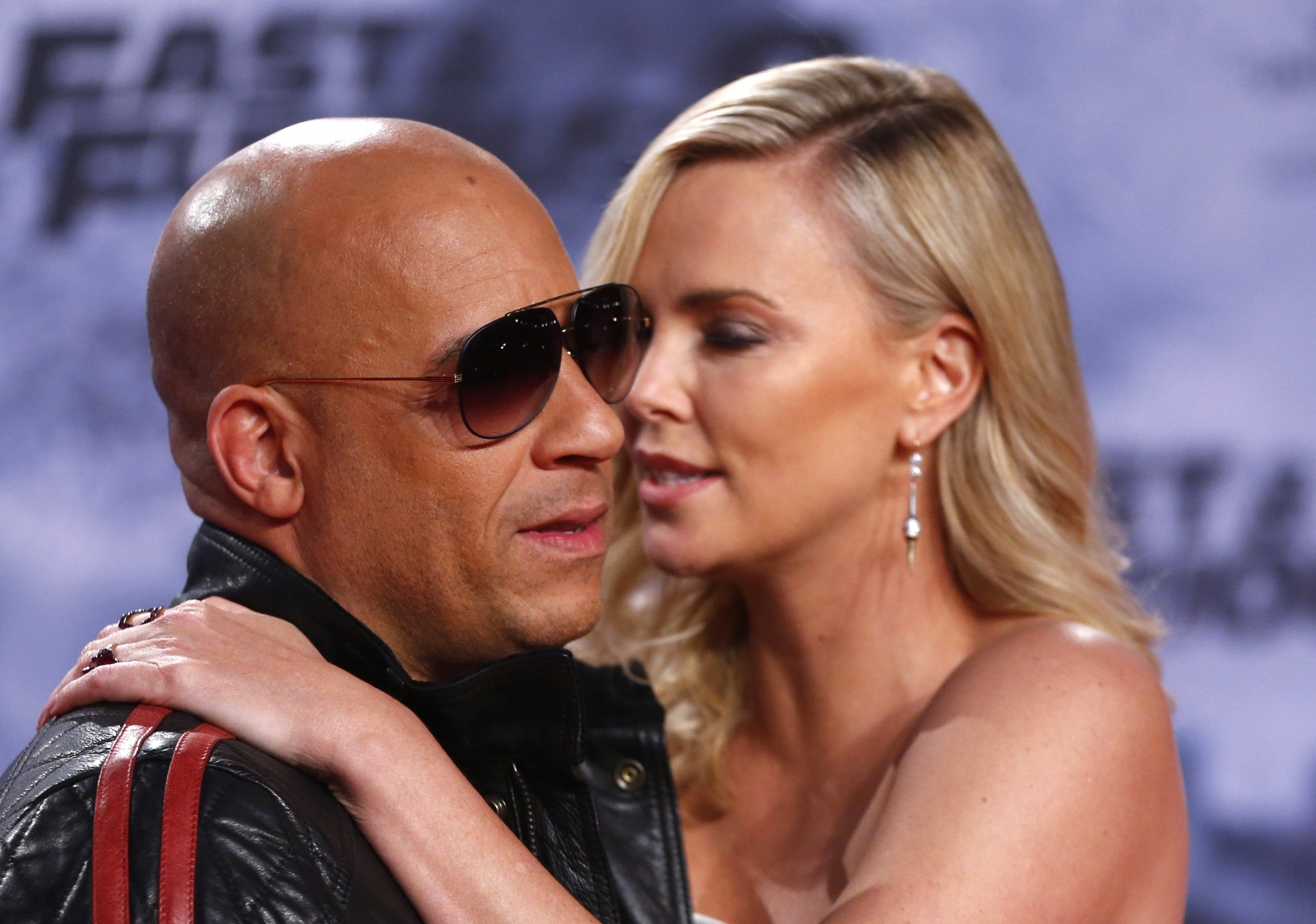 and Dwayne “The Rock” Johnson , and most of the rest of the all-star cast ! : Now that Dom and Letty are on their honeymoon and Brian and Mia have retired from the game—and the rest of the crew has been exonerated—the globetrotting team has found a semblance of a normal life. But when a mysterious woman (Oscar® winner Charlize Theron) seduces Dom into the world of crime he can’t seem to escape and a betrayal of those closest to him, they will face trials that will test them as never before. From the shores of Cuba and the streets of New York City to the icy plains off the arctic Barents Sea, our elite force will crisscross the globe to stop an anarchist from unleashing chaos on the world’s stage…and to bring home the man who made them a family.

The Fate of the Furious, Vin Diesel & Charlize Theron in New York