On this Saint Patrick’s Day TV special, we will take you to the Tam O’Shanter, for their epic “St. Paddy’s Day Bash” and to celebrate their 100 Year Anniversary– which is a major historical Centennial milestone- being Los Angeles’ oldest restaurant owned and operated by the same family in the same location on 2980 Los Feliz Blvd. in “East Hollywood” and south of Burbank. The Tam kicked off its 100 Year Anniversary with a wild party, great authentic Irish food & drinks like Green Beer, & live musical performances from great bands like Reaver Ship performing authentic Irish music for more than 5 hours!

The Tam O’Shanter will continue its celebrations this year with special events like their 100th Anniversary Whisky Tasting Series, a special edition barrel whisky and cocktail, a historic coffee table book that features their amazing rich history, and summertime celebratory BBQs!

The last time that the Tam had a Saint Patrick’s Day Party was in 2019, because in 2020 the COVID-19 Lockdown hit everyone only a few days before the Tam was going to have its’ annual Saint Patrick’s Day Party, so we were so happy that the Tam is once again having their Party for 2022, and that they are now open every day again, to serve people with the finest authentic Irish food, with the same excellent quality like in Ireland!

Entertainment Today and Entertainment & Sports Today’s Producer: Steve Taylor interviewed John the Manager- of the Tam, who told us about their Annual Saint Patrick’s Day Party and live musical entertainment, and how they import the finest Corned beef in the world for only a 2-month period to serve to its’ guests: 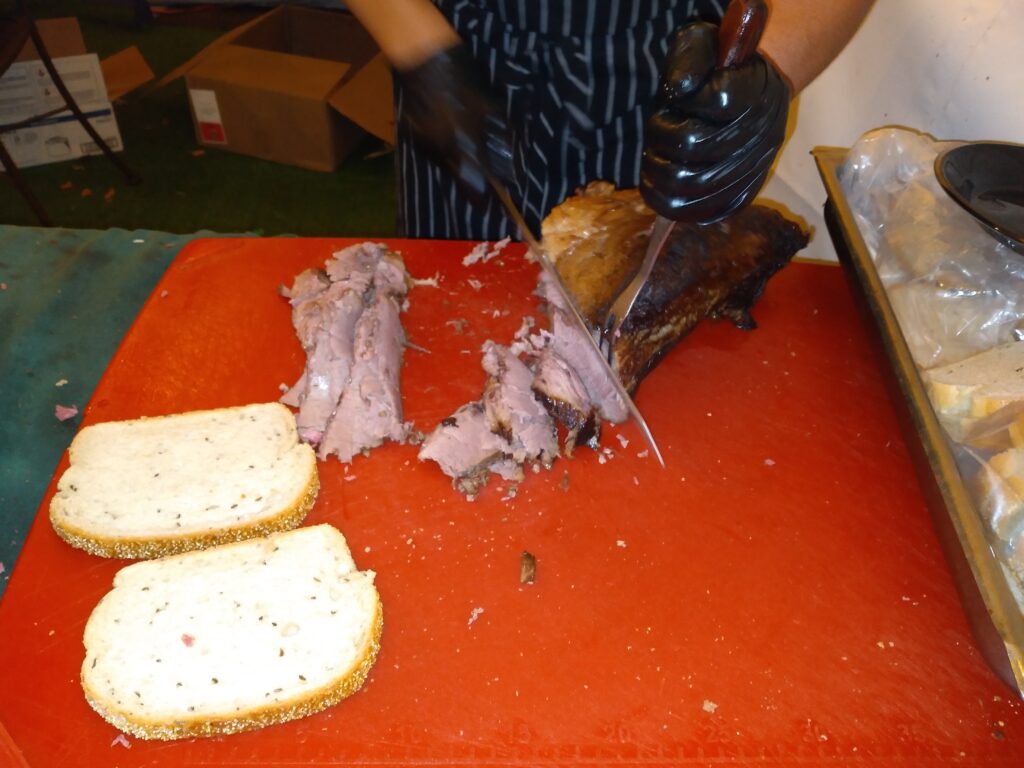 John told us about the great history of the Tam dating back to when they were on a dirt road in 1922, how the local movie studios Execs like Walt Disney would eat their everyday since his movie studio didn’t have a commissary, and many legendary celebrities would go there on a regular basis. In fact, Walt Disney himself had his own reserved table there for himself right by the fireplace, that now has a plaque on it!  So, YOU too can eat at exact same table as Walt Disney: the man that started it all, one of the pioneers of the movies and showbiz! Just call for reservations and ask for table #31.

Then how with 4 generations it is the longest family owned and operated restaurant at the same location in the country! Today still, the restaurant remains in the family, and is led by Ryan O’Melveny Wilson, CEO of Lawry’s Restaurants Inc. and the Great-grandson of the original founder: Lawrence Frank!

In this interview John told us now for the Tam’s 100th Anniversary they will be having many special events, and in the exact month that they opened up back in July of 1922, they will go full blast with special events! So, we hope to see you all here to join in this special 100th Anniversary! We want to thank John for most of the historical and interesting information in this news story!

The Tam O’Shanter was opened by Lawrence Frank and Walter Van de Kamp in 1922, and originally was named Montgomery’s Country Inn until 1925, so after 100 years the Tam is L.A.’s oldest continuously operating, same-family-owned restaurant- going back 4 generations, in the same location in Atwater Village, California, right near Griffith Park on Los Feliz Blvd.

The Tam O’Shanter was named after a Rabbie Burns’ poem; and is world famous for its’ Scottish food like Prime Rib, and when in season: March and April- Corned beef and cabbage, and of course on this special Saint Patrick’s Day: 1600 pounds of Corned beef, Beef Brisket and Green Beer! This traditional Irish dish is the centerpiece for St. Patrick’s Day. Corned beef and cabbage simmer with potatoes and carrots for a hearty dinner. At Tam’s the Corned beef just “melts in your mouth”, and the Prime Rib is “the best in world“!

The Tam is an off-the-radar industry enclave where it was not uncommon to spot John Wayne, Rudolph Valentino, Douglas Fairbanks, Walt Disney, Mary Pickford, Dorothy and Lillian Gish, Gloria Swanson, the Keystone Kops, Tom Mix in his leather chaps and ten-gallon hat, or Fatty Arbuckle in his suit and tie.

The Tam O’Shanter was used as a location for hit TV shows like “Glee” and “Mad Men”, but the restaurant’s history reaches back into the storied past of the Hollywood studio system.

The 1940’s Disney boys’ club (and the few women among their ranks) had senior Disney animators that flocked to the Tam O’Shanter after hours, perhaps as much for its “tartan-clad waitresses” as for its cuisine. As the Disney boys aged into the studio’s venerable “Nine Old Men”, they kept eating and drinking at the Tam; and visited the restaurant so frequently over the years that it was dubbed the unofficial “studio commissary”. Walt himself favored the fireplace-adjacent Table 31, an inclination that the Tam O’Shanter now commemorates with the signature “Table 31” cocktail, as well as a plaque on the table itself.

The original owners Frank and Van de Kamp, who went on to co-own Lawry’s Restaurants, made Tam’s the very first location for Lawry’s; and commissioned Street Angel and Ben Hur art director Harry Oliver for the restaurant’s architectural design. With some help from movie-studio carpenters, Oliver constructed the Tam in the distinctive Storybook style (also seen in his Beverly Hills “Witch House”), and the restaurant’s whimsical facade has persevered through 100 years and several remodels. The Tam O’Shanter is also considered to be one of the first themed restaurants in the country; in other words, we have Frank and Van de Kamp to thank for Medieval Times.