Live from Pala Casino Spa & Resort: The Beatles Tribute Band: “Yesterday – The Beatles Tribute”  opening up the concert show with: “I Wanna Hold Your Hand”, and then “Rollover Beethoven!” and then closing with “Revolution” filmed from 2 camera angles. This video has highlights from the whole show, and closing number that are taken from 2 different concert shows, from the last 2 years, with 2 camera angles: one from the front middle of the stage, and one from the first row stage right. This was filmed from the 1st. row – Center!

This group has worked out the legal rights with Apple Corps, LTD. to perform their Beatles Tribute Show anywhere in the world, and in the feature photo are “Yesterday – The Beatles Tribute” Band backstage with the original Beatles Band Member and Co-Lead: Sir Paul McCartney ! This band is so good that they are Paul McCartney, Toby Keith & Bill Medley’s Favorite Tribute Act! 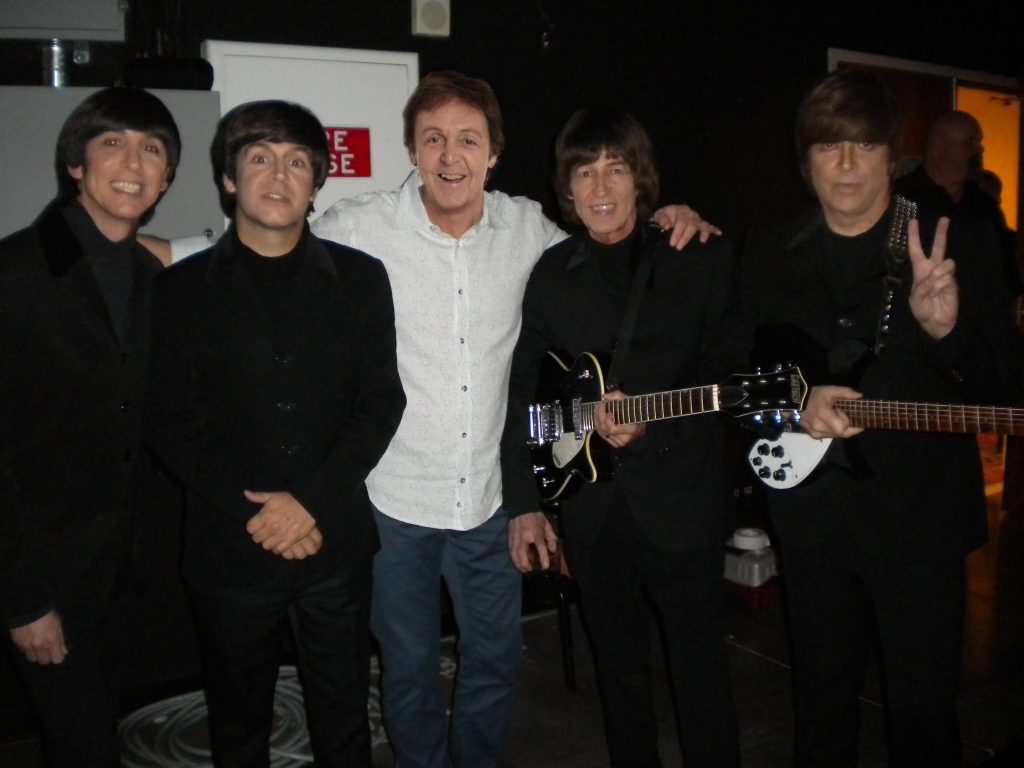 Yesterday – The Beatles tribute encompasses all eras of Beatles music from The Hamburg days through the Shea Stadium performances into pop history’s magical Sgt Pepper album and beyond. The British Are Coming! Yesterday’s most rock and roll show and running an unprecedented three years in Atlantic City at the Tropicana Hotel Casino Resort on the Boardwalk, The British Are Coming! depicts The Beatles historic journey into the US with first performances on the Ed Sullivan Show, the Hollywood Bowl and New York’s Shea Stadium. Classical Yesterday Expertly performing with Symphonies worldwide thorough out the last 15 years, Yesterday provides charts for a 45 piece Orchestra. They are all Excellence in Entertainment! 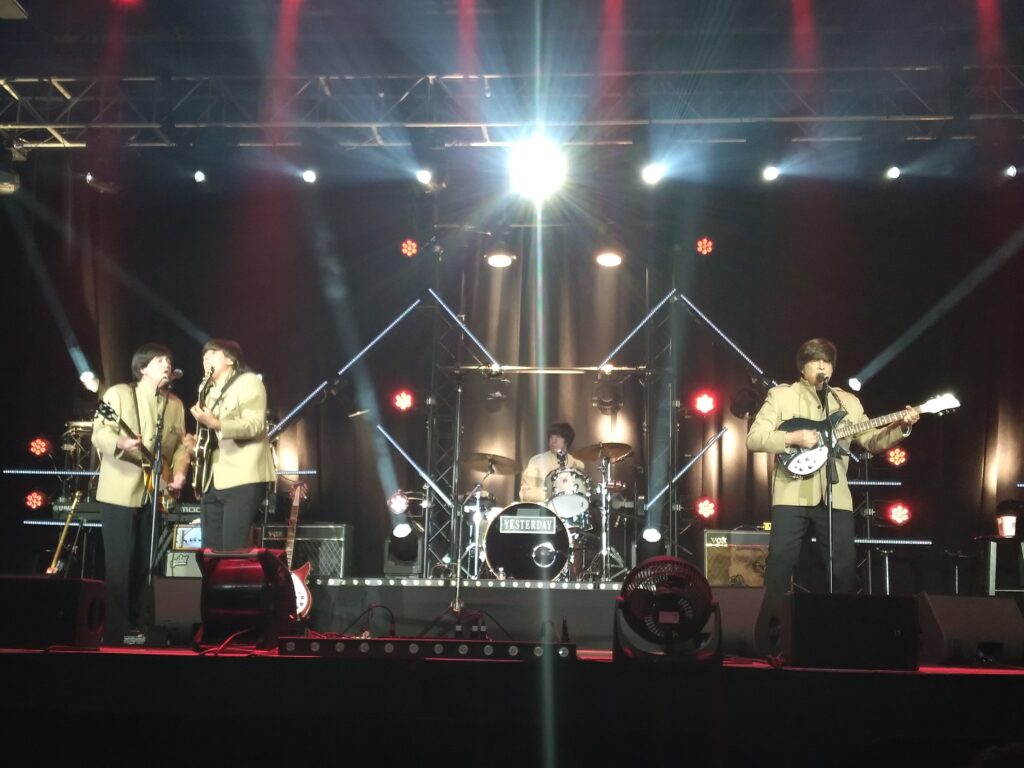