Last night at the The 11th Annual DTLA Film Festival a beautiful French film: The Golden Age(L’age D’or) captivated everyone in the theater, with an excellent leading cast of  Sébastien Cipolla, and Jenna Suru – who also was the writer and the director for this great film.

Even though this film was French- many parts of it didn’t need the English subtitles. Jenna was nice enough to give the whole audience a Q & A after her film. 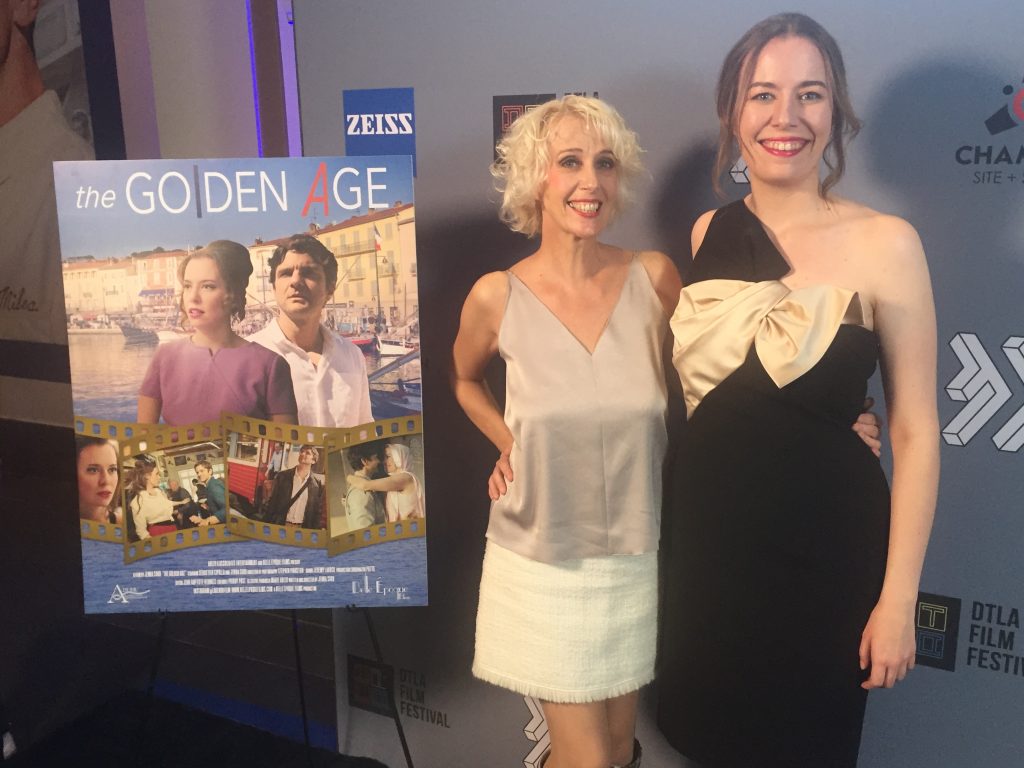 This film is about a penniless Franco-American producer( Sébastien Cipolla) living in Los Angeles who returns to Paris, following in his mother’s footsteps to flee the Vietnam War. He meets an ambitious French theater actress(Jenna Suru), who acts in small Parisian theaters in front of empty seats.

Both desperate to change the world, they decide to embark on an artistic project together, ending up in a small village in the South of France: Saint-Tropez… In this village tinged with artistic revolution and music, the experiences they have together will soon force them to face up to their choices. How far are they willing to go to change this world that doesn’t work for them?