On this TV episode our New York area Sports Reporter for Entertainment & Sports Today TV – Kristal Hart, takes you to The Barclays Center in Brooklyn, New York -the home of BROOKLYN BOXING in New York, for another ringside news story on boxing matchs!  Kristal Hart is also the TV host of The Kristal Hart show, which is broadcast on Spectrum Cable TV throughout all of New York.

Middleweight Daniel Jacobs (34-2-0, 29 KO’s) defeated Maciej Sulecki (26-1-0, 10 KO’s) in a 12- Round unanimous decision, on Saturday night at the Barclays Center in Brooklyn, New York.  Jacobs went toe-to-toe for all 12 rounds, and landed the crisper and heavier punches, and then he dropped Sulecki in the 12th round with an amazing knockdown punch! However, somehow, someway, Sulecki managed to not only make it back to his feet after that knockdown punch, but came back firing, getting into a shootout with Jacobs for the rest of the round. Then Jacobs landed a final huge right hand that floored Sulecki in the final frame to seal the win, with the judges scores of 116-111, 117-110, and 115-112. Below photo: Daniel Jacobs, left, and Maciej Sulecki in the middle of a super hard hitting 12th round in their fight on Saturday: 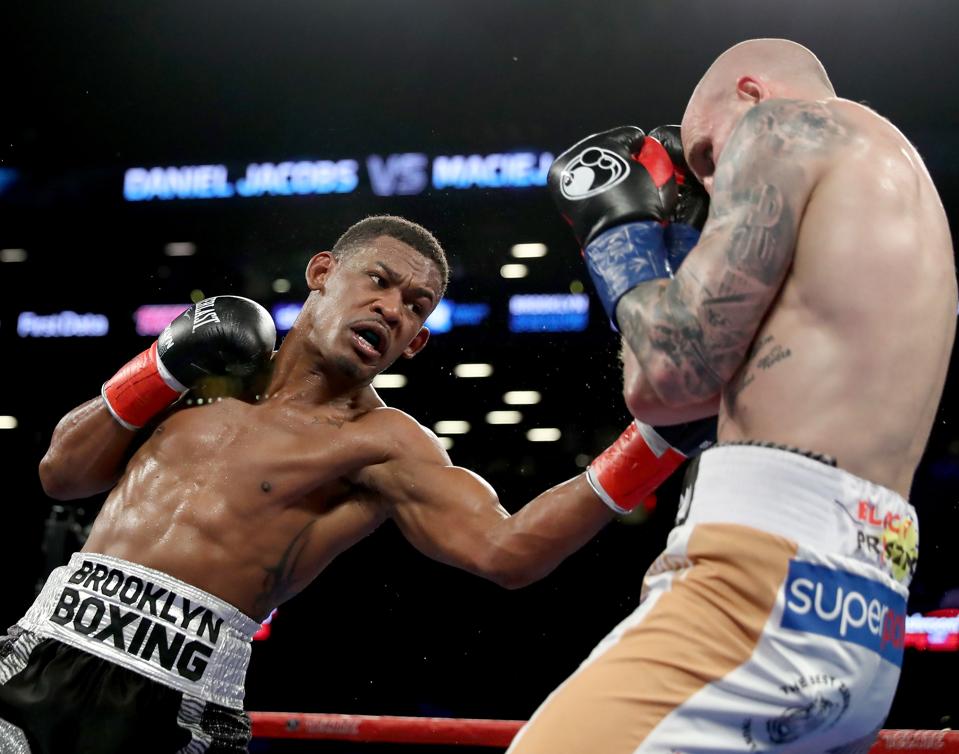 Sulecki had his share of moments throughout the fight, and showed a great work rate which seemed to disrupt a lot of Jacobs timing, as he landed a number of hard punches on Jacobs’ chin. To Jacobs’ credit, he took the shots from the former 154-pounder well, and showed his heart and skill once he began to take the fight to Sulecki’s body, making a concerted effort to target that area with his counter shots, but it was clear Sulecki came to fight and he gave a great account of himself, and he clearly came into this fight in supreme condition. Jacobs landed 205 of 631 total punches (32.5%), while Sulecki landed 143 of 657 (21.8%). Below photo of Daniel Jacobs, right, during his middleweight bout with Maciej Sulecki at the Barclays Center in Brooklyn, New York: 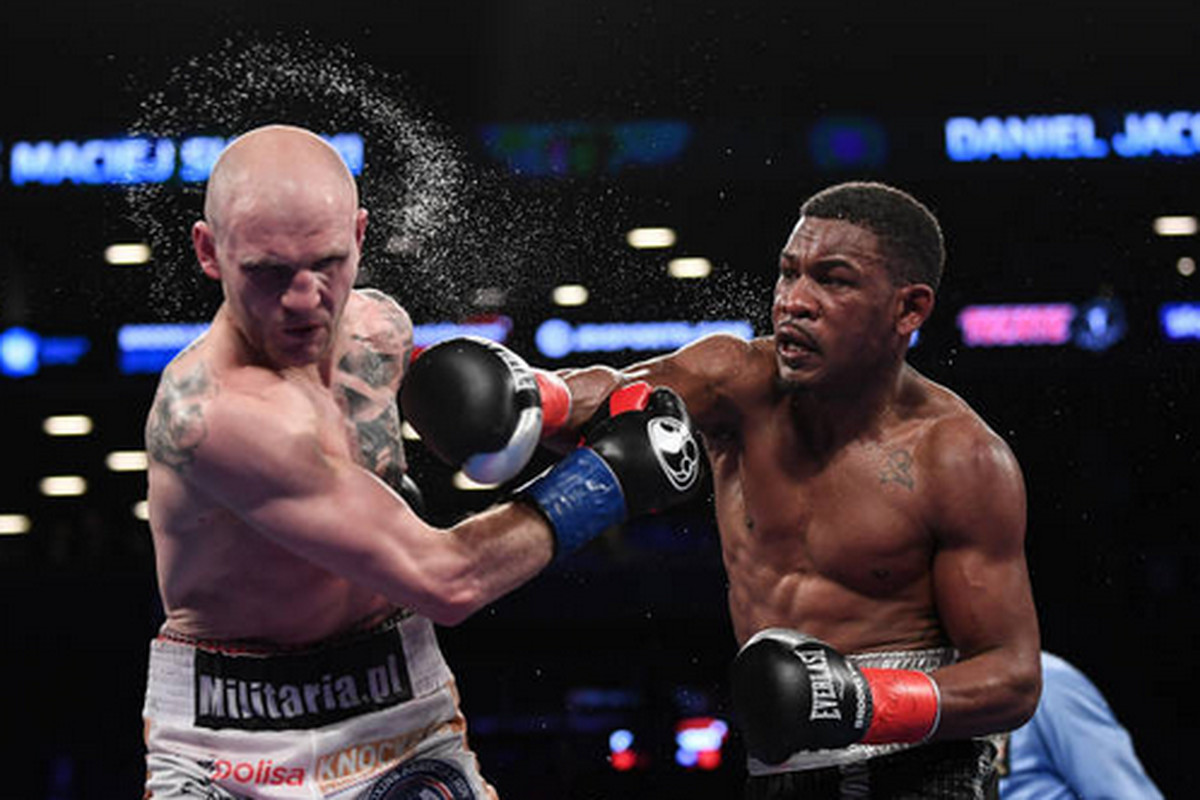