Home Entertainment Montreal Girls Directed by Patricia Chica at the Closing Night of the...
Share on Facebook
Tweet on Twitter
“Montreal Girls” is a film directed by multi award-winning director/producer Patricia Chica which she co-wrote with her award-winning co-writer Kamal John Iskander. The film was screened as the Closing Night of the LA International Film Festival in Santa Monica, California and hosted by Quebec. We were in the presence of LAIFF Director Natasha Marburger, The Quebec Government Office in Los Angeles Mr. David Brulotte, Mr. Thierry Weissenburger who is the Consul and Senior Trade Commissioner at the Consulate General of Canada in Los Angeles, Award-winning director/co-writer/producer Patricia Chica,  Award-Winning co-writer Kamal John Iskander, and the lead actors Hakim Brahimi, Jasmina Parent, and Jade Hassoune’. 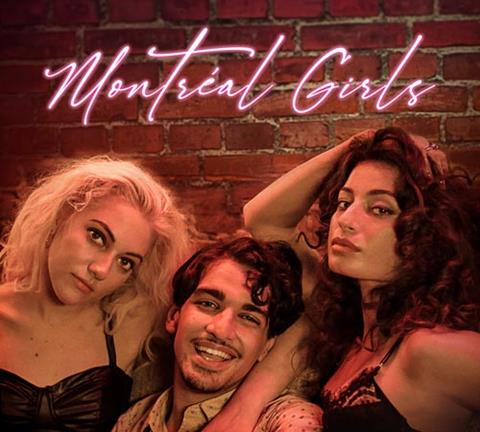 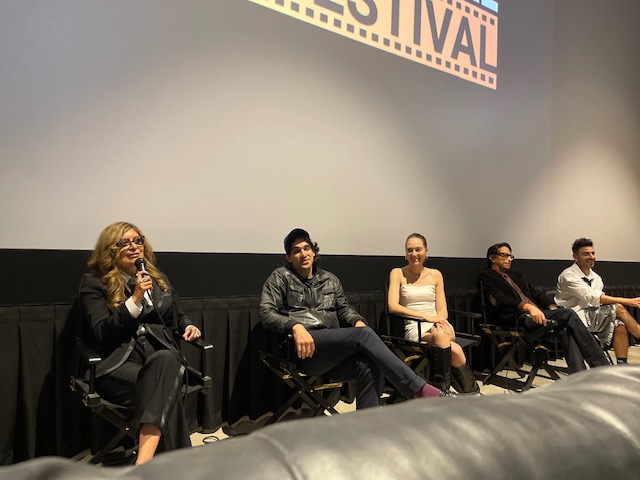 Seeing the world of Montreal as these 20 somethings try to navigate love, life and all the
decisions they make, we get hooked and absorbed in Patricia Chica’s film. She delivers
us a “slice of life” of the diversity of the city as she takes us on a journey of different cultures, Punk Music clubs, poetry reading in the park, night life in Montreal, to hiking in the beautiful mountains surrounding it. The film is so beautifully told and shot we are absorbed in Chica’s compelling story-telling and directing.
The L.A. Premiere of Montréal Girls was the Closing Night Presentation at the Los Angeles International Film Festival. In below photo- From L. to R.: Hakim Brahimi (actor), Jasmina Parent (actress), Jade Hassouné (actor), Natasha Marburger (festival director), Kamal John Iskander (co-writer), and Patricia Chica (director, producer, co-writer): 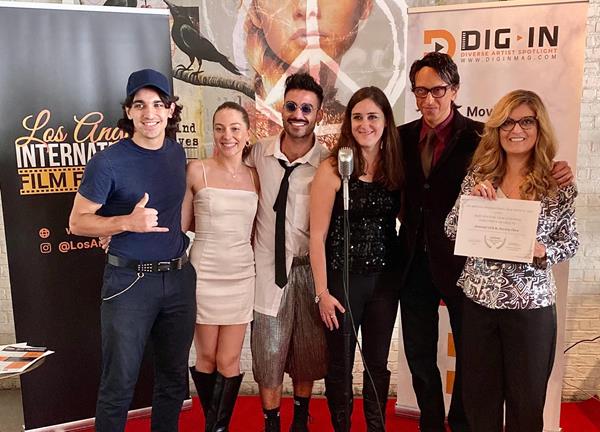 I loved the way Patricia Chica brought us into the world of “Montreal” to a place that we learned something from. Many scenes took place as the actors hiked in the mountains or recited poetry in a park by a fountain, places Patricia said she loved in the neighborhood she lived in. On the left of the below photo is Award-winning director/co-writer/producer Patricia Chica with Reporter Jacqueline Murphy: 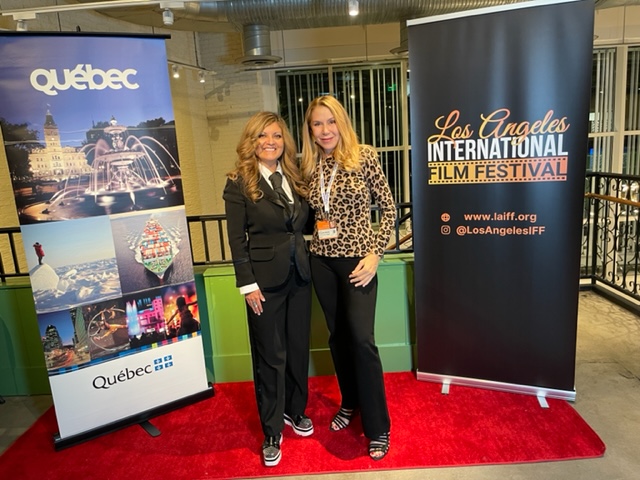 “Montreal Girls” touches your heart and soul as it brings comedy, drama and romance whilst showing you an intriguing world that director Patricia Chica brings to us that is filled with sensuality, poetry and conflict. The visuals of nature, the dialogue and the actors bring you on a journey you are immersed in.
The romantic triangles of Ramy, Desiree and the “mysterious” Yaz create intriguing
relationships. Especially when we see the depth to which these characters suffer with
loss and desire but yearn for love and fulfillment.
During the interview “Desiree” played by Jasmina Parent mentioned her love of
photography in her real life and that she used that side of herself as she plays an artist who photographs life. They way Chica encouraged the actors and combined their
artistry with her own reflects the “truths of life” and the acting was so believable and
seamless. On the left of the below photo is Jasmina Parent: who Played “Desiree”  with Reporter Jacqueline Murphy: 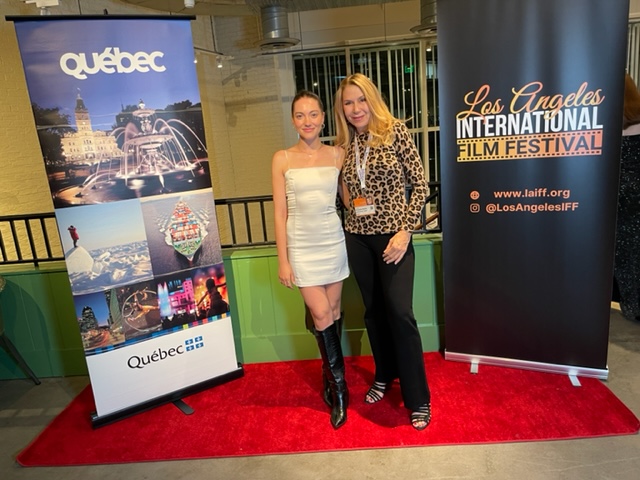 As “Ramy” gets in touch with who he really is, his love for poetry conflicts with his
father’s desire for him to be a Doctor and have a “real job”. The film causes us to
empathize with these characters as we see their struggles. And the drama builds as
Ramy tries to please his dad but finally chooses his true self.
I wondered if the writers Patricia Chica and her co-writer Kamal John Iskander named
Hakim’s character “Ramy” as a tribute to “Rami” the Egyptian poet who wrote song
lyrics for Egyptian singers. Especially since at the end of the movie there’s a scene
where Tamer, Ramy’s cousin asks Ramy to write lyrics for his music.
The multi-talented Patricia Chica teaches a webinar class at Stage 32 on “How
Conscious Creatives Can Use CHI energy & Meditation to Stay Inspired, Motivated & Productive”. She spoke about how she uses a “Chakra Method” and “coached” her actors to get the performances she desired. I smiled when I saw that in the film, Chica incorporated character dialogue for “Desiree” where she talks about “doing her Chakra” exercises in the film. Patricia told us she insisted since Hakim was a first-time actor that he must let her coach him with her “Chakra Technique . Well, it worked as Hakim gave a moving and believable performance.
The visuals of nature, the dialogue and the actors bring you on a journey you are
immersed in and in the end you feel transcendence as Ramy stands on a bridge arms
outstretched in touch with his “inner self and bliss”.
As the screening was hosted by Quebec and Mr. Thierry Weissenburger who is the
Consul and Senior Trade Commissioner at the Consulate General of Canada
in Los Angeles, Thierry had the audience laughing when he joked how he
“loved” the movie “Montreal Girls” and said that the next one should be
“Montreal Girls meet Quebec Boys”. I hope that we see another movie by
Patricia Chica soon as her unique and talented take on the world is a poetic
love letter to life.

MONTRÉAL GIRLS continues its film festival tour with a feature screening at the Mena Film Festival in Vancouver, BC on Sunday, November 27th at the VIFF Center. A panel discussion with the director, cast, and crew will follow.